Tango was born at a breeder compound in Miami and sent as a tiny infant to work in Hollywood for the entertainment business in movies, television, and commercials. She performed in several movies (including Jay and Silent Bob Strike Back) and worked in various commercials. In fact, it is assumed that her name came from her use in many of the Tang® commercials.

Like most young apes, Tango grew too large to be used in entertainment and commercials. Once she turned seven years old, her time as a working orangutan had ended. So, Tango was out-placed from show business and sent to our Wauchula sanctuary in August 2004.

Tango likes to hide under large buckets and tubs used for enrichment, and is also crazy about water play. She will often suds herself up if given bubbles in a bath and loves sprinklers. Tango also likes to color her face in front of a mirror with colored chalk. In fact, Tango likes chalk so much that she will draw on the walls and floors in her nighthouse as well as on her toys… and even on BamBam’s cheekpads and face!

Over the years at the sanctuary, Tango has lived with several other orangutans (Pongo, Mari, Christopher, Geri, Pebbles, and Jam). Today Tango spends all of her time with the adult male, BamBam, and he is just WILD about her! They are both very devoted to
each other. 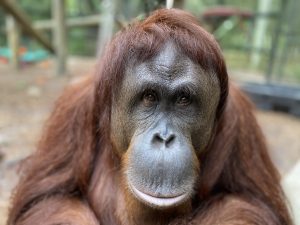 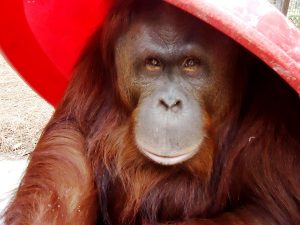 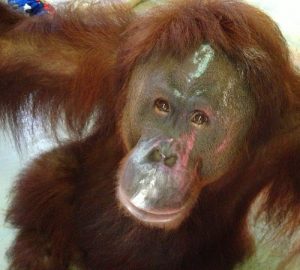 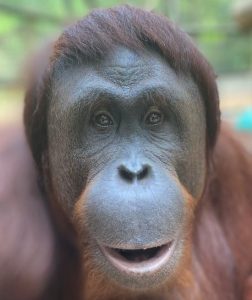 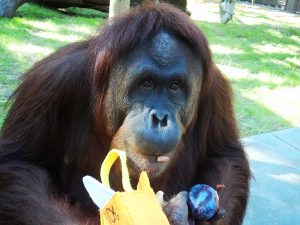