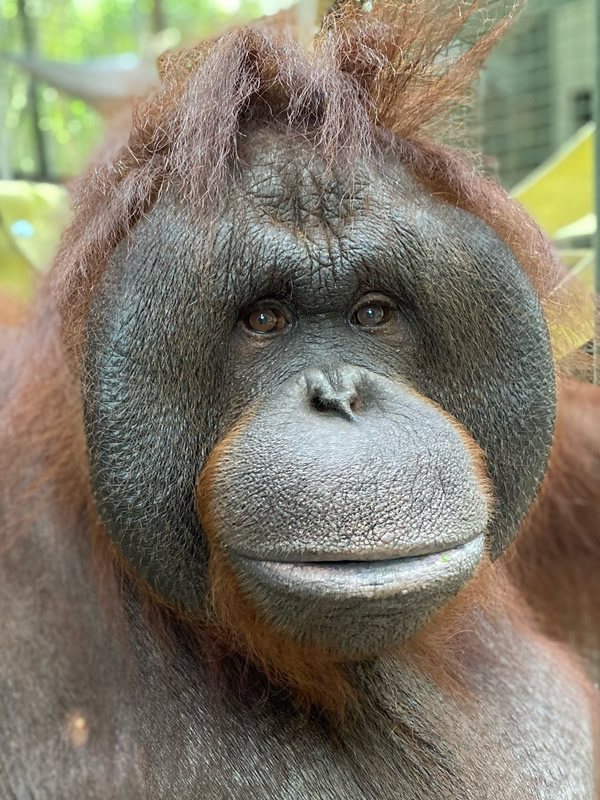 Sinbad was born at the Lincoln Park Zoo in Chicago and sent to a private collector in Miami when he was two years old. He lived with a number of females in Miami as well as his male friend Barney. Both Sinbad and Barney sired infants, and some of them have arrived at the Center for Great Apes over the years. Sinbad and his companion Connie have lived together since they were youngsters eventually moving to the Jungle Island theme park in Miami before coming to the Center’s sanctuary in September 2020.

Sinbad is a sociable orangutan who is easy going and loves to sit near his companion Connie – especially when Connie has food! Sinbad is very patient, as long as he gets little bites of food. But sometimes he cannot contain himself and reaches over to steal her food, so the caregivers have ways to occupy Sinbad while Connie eats. They might scatter some of his favorite treats outside his habitat to keep him busy “fishing” with sticks through the mesh for grapes, raisins, pineapple, or papaya.

He likes to keep busy by digging holes in the dirt and sand, but Sinbad is very neat and clean – often carefully spreading out his blankets to sit on (after first brushing away any garbage or dirt). He’s very helpful and will happily hand out trash from his enclosure to his caregivers. Sinbad can’t get enough of being brushed and loves playing in the hose spray in hot weather. When he’s had enough of his hose shower, Sinbad spreads out his blanket in a shady spot in front of the fans and takes a snooze.
As elders now in their forties, Sinbad and Connie will spend their remaining years in a peaceful and enriching environment in the companionship of each other as well as others in their orangutan families.

He likes to keep busy by digging holes in the dirt and sand, but Sinbad is very neat and clean – often carefully spreading out his blankets to sit on (after first brushing away any garbage or dirt). 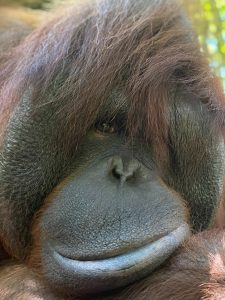 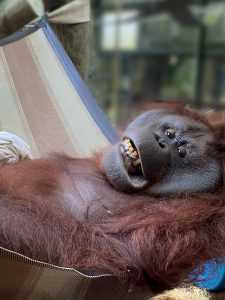 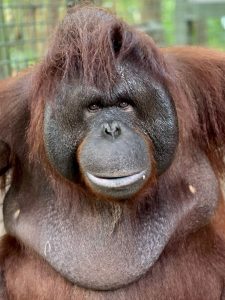 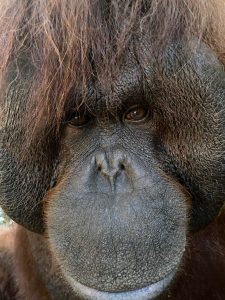 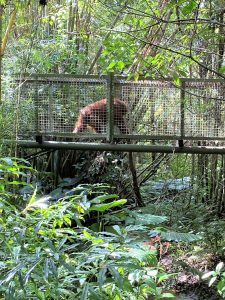 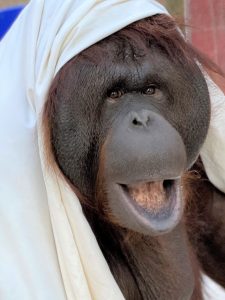