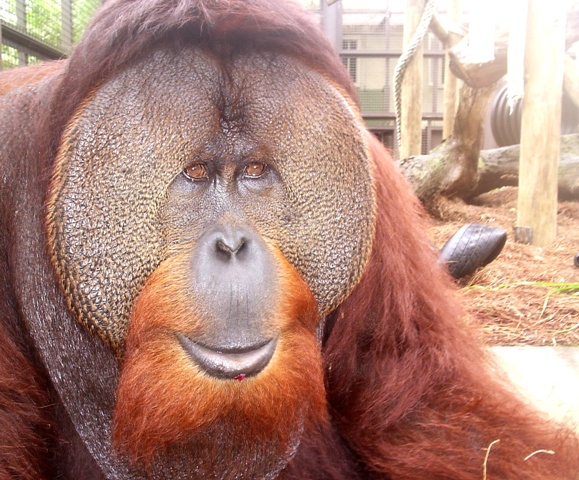 Like many other of the orangutans born in Miami at a breeder’s facility, Sammy spent his first 18 months as an infant at the Parrot Jungle attraction in Miami.

Both still considered infants, Sammy and his little companion Geri were sent to California to work in entertainment with a trainer who had chimpanzees.  Sammy and Geri worked in many commercials and advertisements as well as television shows and movies.   Sammy and Geri played the part of the neighbors to Fred and Wilma in the Flintstones movie with John Goodman and Rosie O’Donnell.   Sammy was most known for his part as Dunston in the movie Dunston Checks In with Faye Dunnaway, Jason Alexander, and Peewee Herman.

Shortly after the Dunston movie, Sammy was unable to be used in entertainment because he was growing stronger, so he was retired to the trainer’s compound.  It was there that Geri and Sam produced an infant male named “Jam”… a combo of the parents’ names.

Sammy and Geri were permanently moved to Florida for sanctuary care and arrived at the Center for Great Apes in 2004.  Their son Jam, age 3 at the time, arrived a few months later in 2005.  Sammy was one of the most handsome adult male orangutans… and his son Jam has grown into an equally beautiful adult male.

Sadly, Sammy died in his sleep in December 2010 as the result of a sudden heart attack. 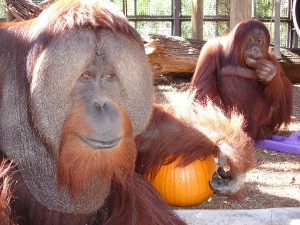 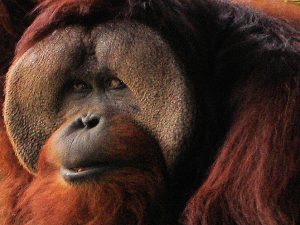 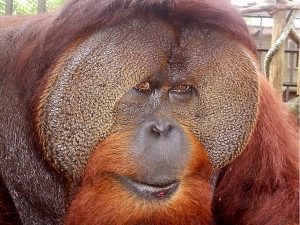