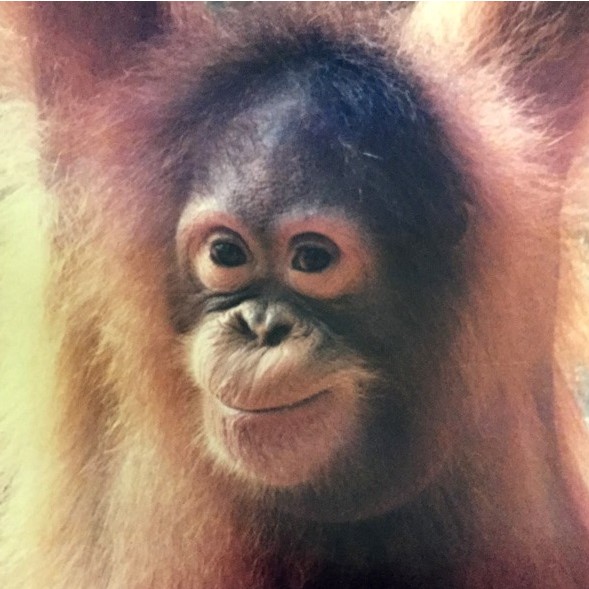 Along with Pongo and Christopher, Ruby was one of the first orangutan babies
who lived at a bird park attraction in Miami, Florida. She was born at the same breeder compound as many others who went into entertainment and is actually the older sister of the orangutans Louie and Pebbles. Ruby was very intelligent and loved “picture cards” that she would arrange in food groups, toy groups, and flower groups. She also had a set of extra-large Legos that she liked to stack and put together in color groups. Ruby was very self-assured and loved her female caregivers…but was feisty with the male caregivers
& volunteers.

Ruby was 5 months older than Christopher, and they were extremely close as infants – much like twins. As the younger infant, Christopher adored Ruby and held on to her constantly as they slept together in the same hammock. But sadly, shortly after Ruby’s 5th birthday, tumors started to develop all over her body, and she was diagnosed with a terminal type of cancer. For 7 months and with the help of university oncologists and veterinarians, Ruby received treatment, but her illness progressed until she passed away at the age of 5 ½ years. It was devastating for little Christopher and took him many months to recover the loss of his dear Ruby.

Five months after Ruby passed away, the other young apes at the Miami tourist attraction (Pongo, Christopher, Grub, Kenya, and Noelle) were finally moved up to their permanent sanctuary home in Wauchula and arrived here on what would have been Ruby’s 6th birthday. In a memorial service after we arrived, her ashes were spread in the forest near Christopher’s & Pongo’s first habitat dome at the Center.

(Today, Christopher very happily lives with Ruby’s younger sister Pebbles and is completely devoted to her.) 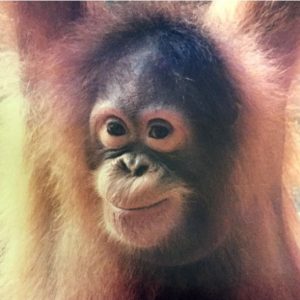