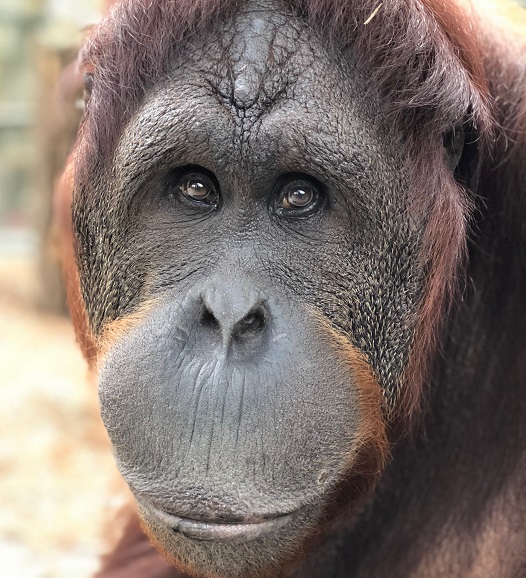 Born in a zoo in Ohio, Radcliffe is a hybrid cross between Bornean and Sumatran orangutans. Because he was a hybrid mix,  he was sold in the early 1980’s to a circus trainer in New Jersey. Radcliffe performed in television shows and various small traveling circuses for a number of years until he became too large and too strong to handle. After an aggressive confrontation with Radcliffe, the trainer sold him to a small amusement park in New York, and shortly after that, he was sent to JungleLand, a roadside attraction in Central Florida, where he lived for ten years in a tiny chain link cage.

When the attraction was closed down, the Center for Great Apes brought Radcliffe (along with the chimpanzee Roger) to the sanctuary to live out the rest of his life in dignity.

Radcliffe makes his nests out of enrichment boxes, tubs, and various toys. Most nights he likes to sleep under “tents” and “forts” that he creates with his blankets by weaving the corners into places above him. He particularly likes rags and bubbles in his water tubs so he can “wash” his toys, shelves, and walls of the nighthouse. On hot days, Radcliffe likes to push objects into his drinking fountain so he has a continuous stream of water to play in!

Radcliffe enjoys the climbing structures in his 40-foot tall habitat and loves to roam through the woods in the aerial trailways to visit other orangutans at the sanctuary. 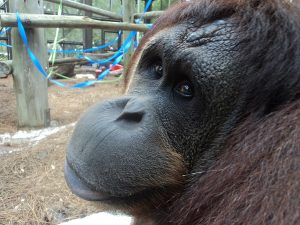 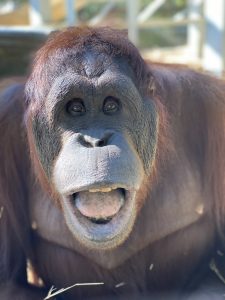 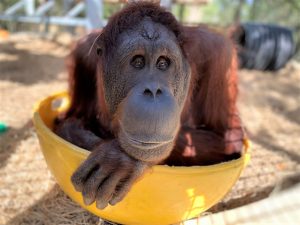 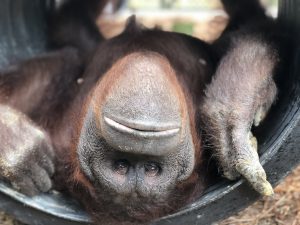