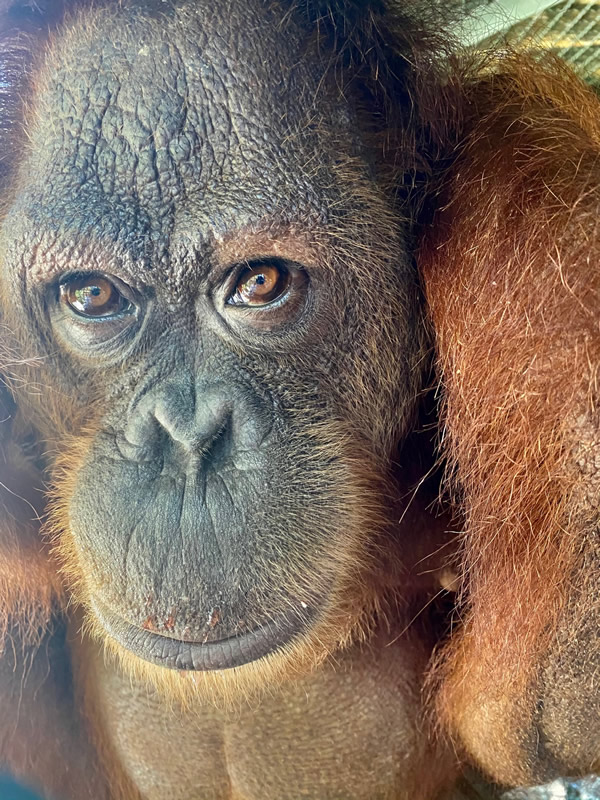 It is with deep sadness that we share the news that our precious orangutan Peanut passed away. When her caregivers arrived in the morning, she was found in her nest of blankets and had passed during the night in her sleep.

Peanut was 17-years-old and had faced serious health challenges during her young life including cancer less than 10 years ago. We had been told before she arrived here that she had other ongoing critical health issues including kidney disease. We were determined to give her the best care we could with medical support, compassion, and comfort.

Peanut and her fraternal twin sister Pumpkin were well-known in Miami in their early years. Living at both Parrot Jungle and later Jungle Island, the twins were very popular with visitors in South Florida. Later as Peanut was challenged with cancer in her young years, the Miami media and the community followed her progress to remission. Known for her strength, determination, and perseverance, as well as her big personality, Peanut had many fans and friends who loved her.

As Jungle Island changed its direction, becoming an eco-adventure park in the near future, their five orangutans living at the tourist attraction were sent to the Center for Great Apes for long-term permanent care in a sanctuary environment. Connie, Sinbad, Hanna, Pumpkin, and Peanut arrived in September 2020.

For the nearly six months that Peanut was at the sanctuary, treatment and constant care were given to help her feel better and be more comfortable.  Some days were more difficult, but she also had many good days interacting with her orangutan family, her caregivers, and her enrichment activities. Her sisters Pumpkin and Hanna were always nearby to sit with her and groom her… especially during her last week.

As we grieve her loss, our thoughts are also with those who cared for her in Miami before coming to our sanctuary. Peanut was dearly loved by so many.

We are so grateful to our team at CGA who have given Peanut exceptional and constant care during her time here as she struggled with her health challenges. We also grew to love her very much and will greatly miss her.

Peanut left us on her own terms and is finally free and at peace. 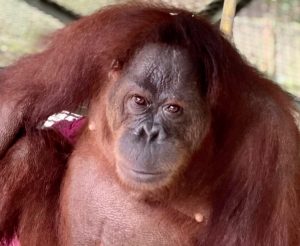 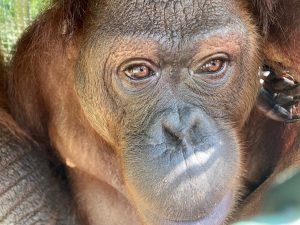 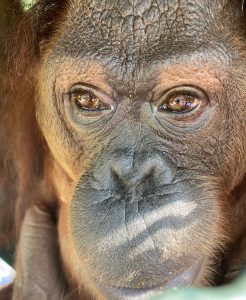