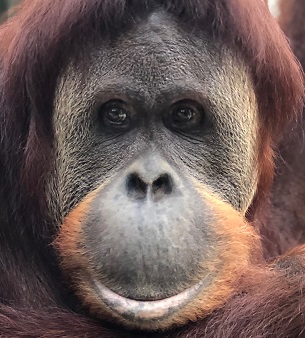 Kiki was sold as an exotic pet and spent the first 20 years of her life in a garage in New Jersey. When she first arrived at the Center for Great Apes in the summer of 2006, she was extremely obese, having lived most of her life in a tiny cage that allowed her no freedom of movement or exercise. As a pet in a private home (along with her half-brother Linus and chimpanzee Mickey) she grew too large to be handled, so was moved to the basement garage for well over a decade. Besides having little opportunity for exercise, she had a diet that included many sweets and junk food. She could hardly get around and could only waddle.

Kiki first lived with Linus after she arrived at the sanctuary.  However, Linus was shy and quiet (and a little nervous around Kiki), and he often would just give her his diet… or she just took it away from him. Kiki was later introduced to 8-year-old Jam, who at that time was a young adolescent male who kept her moving and very active. Living with young Jam for a few years, Kiki lost over 100 pounds and still maintains a healthy weight today due a much-improved diet with proper nutrition, including leafy greens and her favorite, plumbago flowers and leaves. 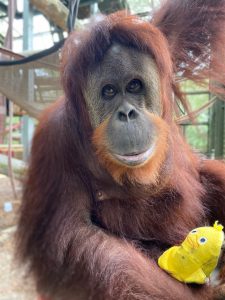 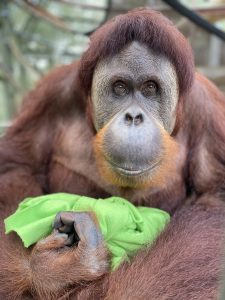 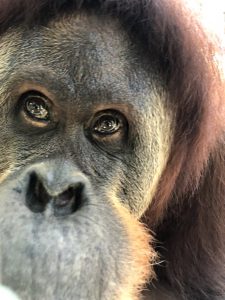 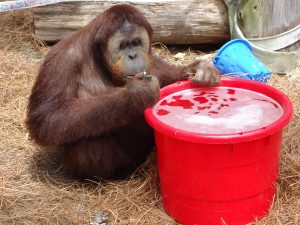