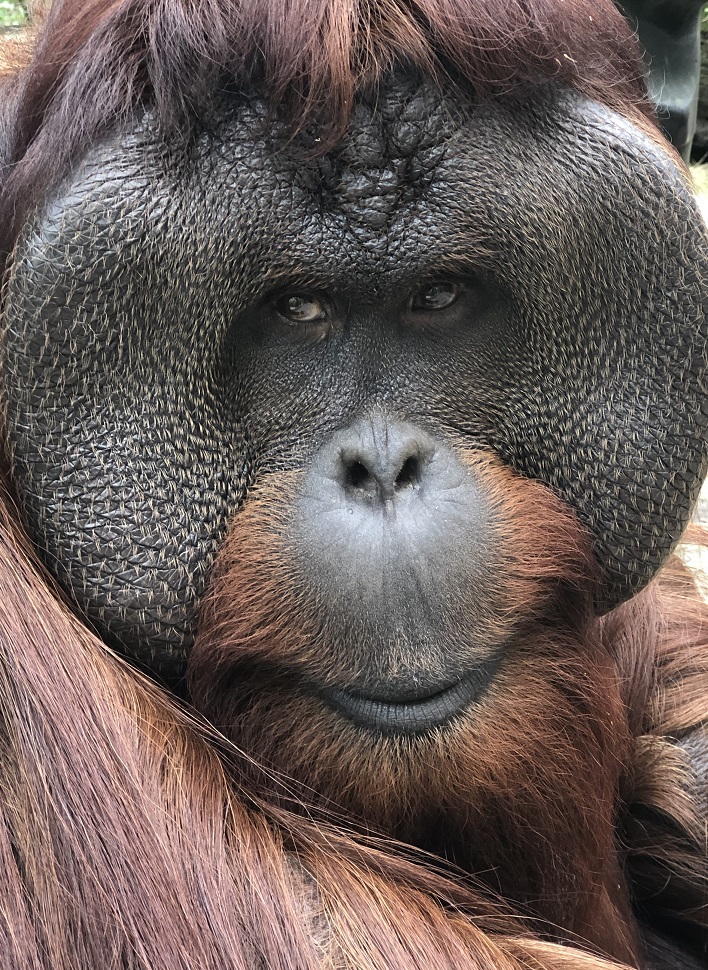 Jam was born at a Hollywood entertainment compound and would have been worked in television and entertainment, but his trainer decided to stop working great apes shortly after his birth. So Jam arrived at the sanctuary when he was only three years old, in the company of BamBam and Pebbles. He was reunited with his mother, Geri, but was afraid of Sammy, his very large “cheek-padded” father. While Sammy was occupied elsewhere, Jam would often spend time playing and grooming with Geri.

In addition to his mother Geri, Jam has lived with several orangutans at the Center including Tango, Kiki, BamBam, and currently Bailey.  He has always been very social and now as a full grown adult male with large cheekpads, he is very handsome and devoted to Bailey. They often can be found wrestling and tickling outside in their habitat, sitting in a hammock together and grooming, or spending quiet time with each other inside their night house. 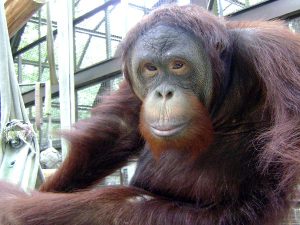 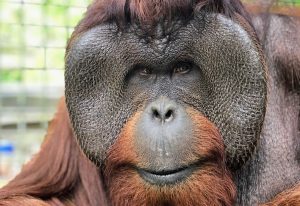 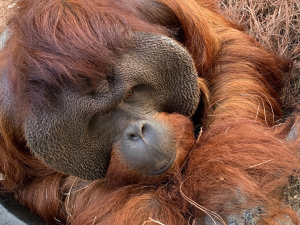 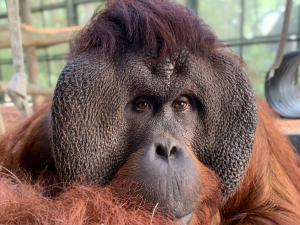 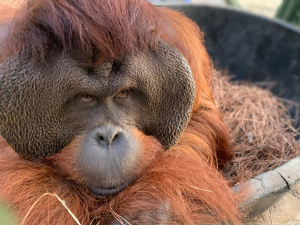 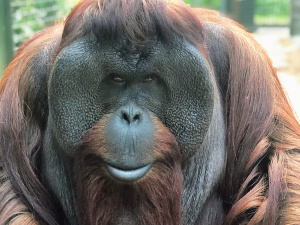