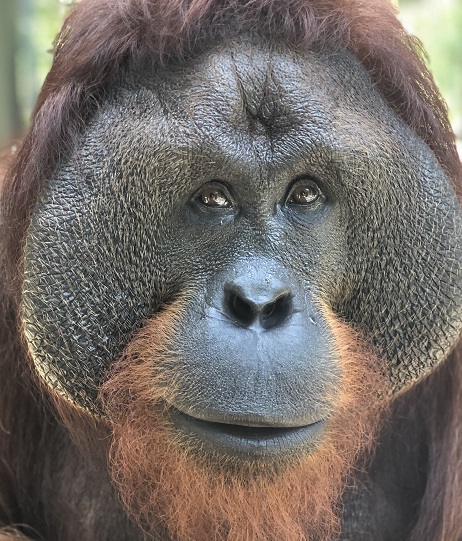 Harry, with his beautiful long hair and round cheekpads, is a fully-flanged adult male orangutan. Originally born in Miami at the same facility as some of our other CGA residents, Harry is related to several of our orangutans.  In fact, he looks almost identical to his brother BamBam and Jethro. BamBam is 14 months older than Harry, but Harry is much larger!

Harry’s background was in the entertainment business performing in live stage shows at a in California tourist attraction, but retired and most recently he lived in Central Florida. We’re very grateful that his owner decided to give Harry the opportunity for sanctuary care for the rest of his life.

With his sweet and agreeable disposition, Harry is very charming. He is a graceful orangutan, and his favorite activity is swinging through his habitat on the firehose vines. He also enjoys spending time roaming in the aerial trailways observing the sanctuary around him.. 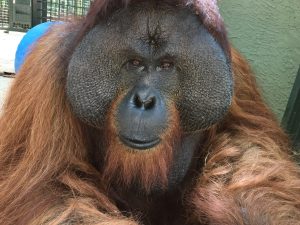 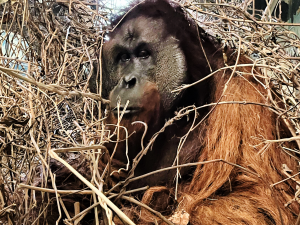 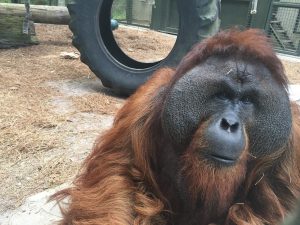 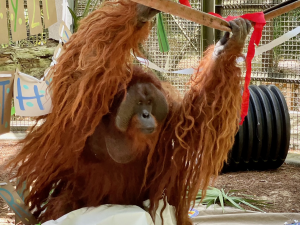 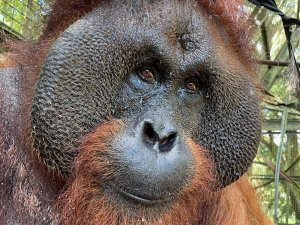 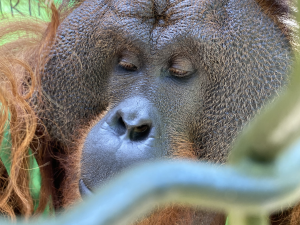