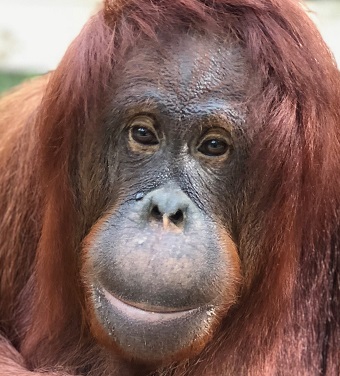 Geri was born at the same Miami facility where many of our orangutan residents came from and is actually Pongo’s older sister.  As in infant, she was sent to California with another youngster, Sammy.  In the entertainment industry, they both performed in movies such as The Flintstones, Dunston Checks In, Planet of the Apes, and Baby’s Day Out. She also worked in commercials and television shows including Man vs. Ape and The Chimp Channel.

When Geri became too big to perform in Hollywood, she had a baby (Jam) with her companion, Sammy.  Geri and Sammy arrived at the Center for Great Apes’ sanctuary when she was fifteen years old, and her son Jam arrived four months later just before his 4th birthday. Geri and little Jam were reunited after gradual introductions.

In addition to being with Jam, Geri spent most of her time with her mate Sammy until his death from a sudden heart attack in 2010. Now, Geri’s companion is Linus. Occasionally Geri just wants to sit quietly and groom Linus… and he is happy to oblige her.

Geri is the epitome of calmness and relaxation. She keeps very busy doing her “projects” with toys, browse, and enrichment items for hours. She has actually organized a little play area under one of the nesting platforms in her habitat where she has stored buckets, shovels, and hats to play with. She also likes to roam out into the aerial chute system to visit other orangutans. 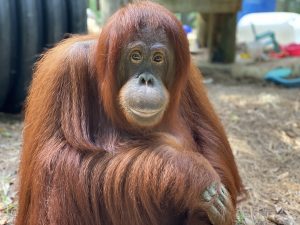 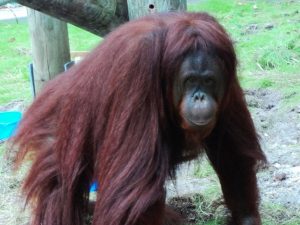 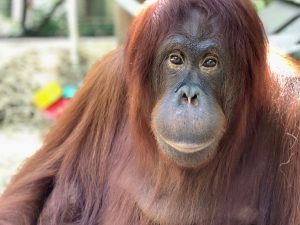 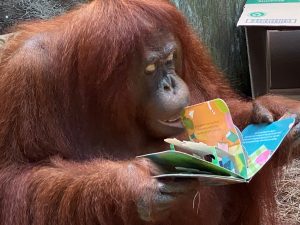 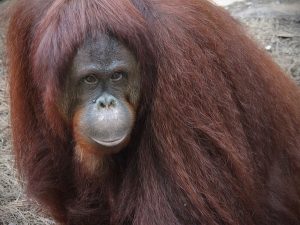 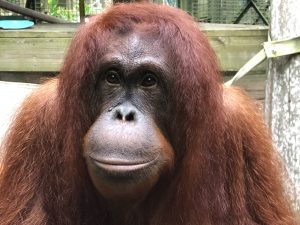