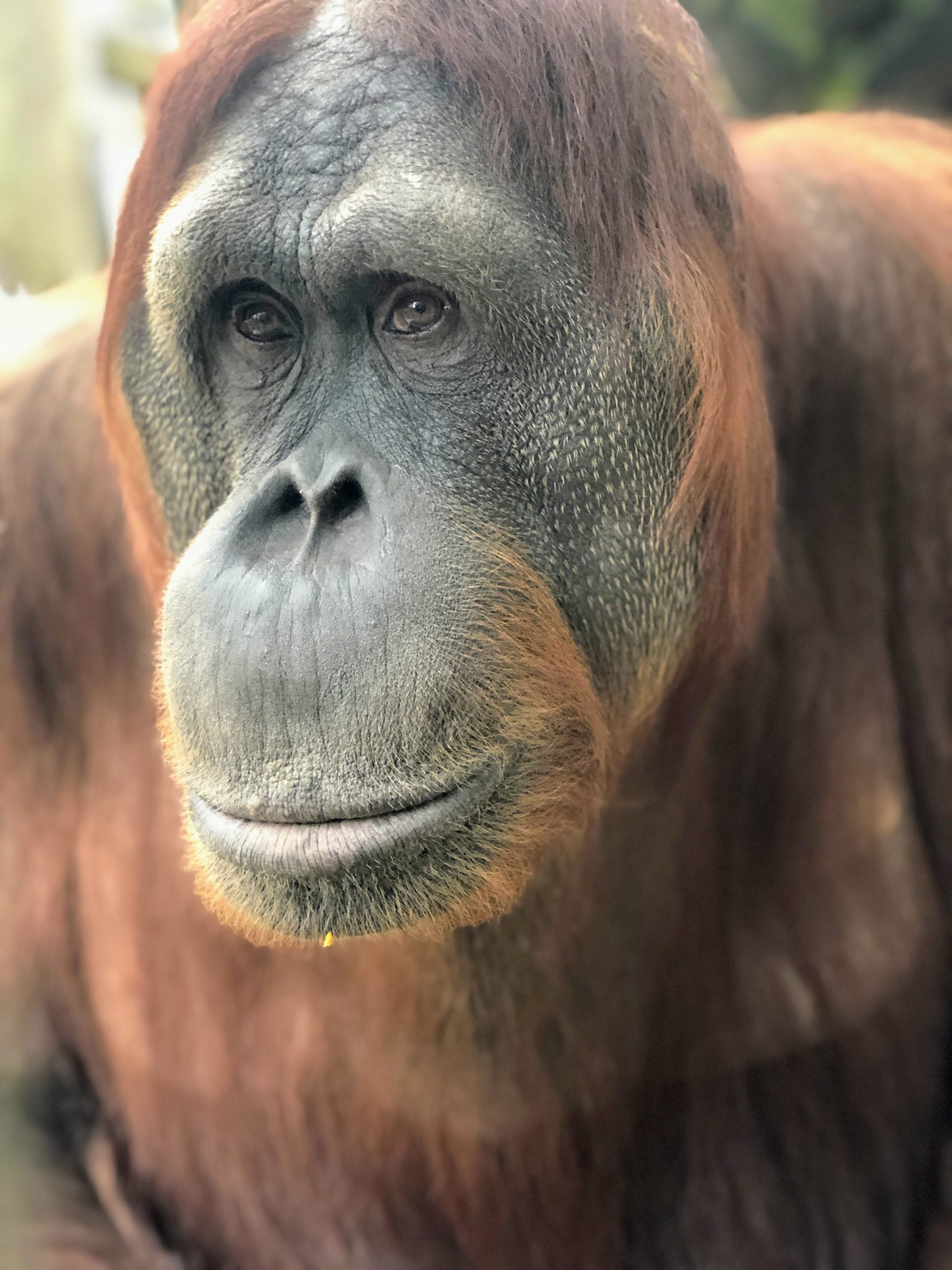 Chuckie was born at the Memphis Zoo, but because he was a hybrid mix between Bornean and Sumatran orangutans, he was sold to a dealer and then a circus trainer. During his years in the circus, he worked with another orangutan, Radcliffe. Both orangutans were castrated in the circus, so they never developed the large facial flanges (cheekpads), long dreads of hair or throat pouches characteristic of all male orangutans who reach sexual maturity. After working together for five years, Radcliffe was sold to a small New York zoo and Chuckie was sent to a California trainer’s compound where he lived near chimpanzees but never another orangutan.

Chuckie was retired and sent to the sanctuary in 2006 where he was reunited with his friend, Radcliffe, who years earlier had also been retired to sanctuary care at the Center for Great Apes. When they first met again, the boys played, groomed each other, and shared food. It was clear that these two remembered each other and were happy to be friends again. Because of their castration, not only was their physical development affected, but their behavioral development as well. Even though Chuckie is an elder orangutan now, he still behaves very youthfully as he somersaults around the habitats, hangs upside down, and makes juvenile play noises. Unlike the male “cheekpadders” at the Center, Chuckie and Radcliffe are much more outgoing and enjoy “meet-and-greets” with the other orangutans at the sanctuary. 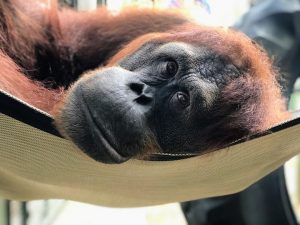 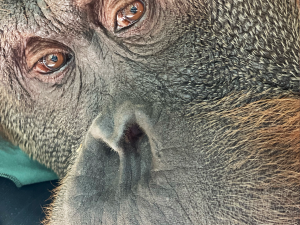 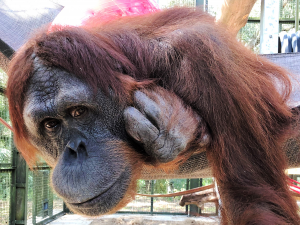 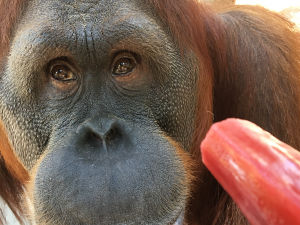 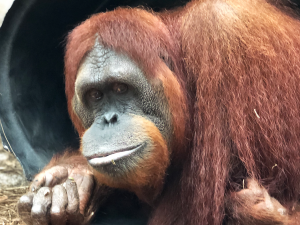