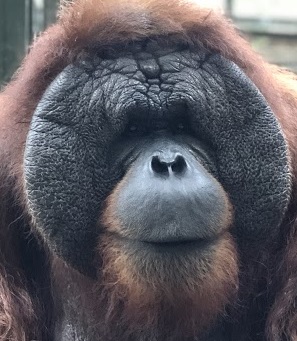 Christopher and his older brother, Pongo, were infants at a Florida tourist attraction and became the first orangutan residents at the sanctuary. He arrived at the Wauchula sanctuary property when he was only 5 years old and has grown from a playful, silly, twirling, somersaulting juvenile to a very stoic and dignified adult male.

Typically, adult male orangutans with full facial flanges (known as “cheekpadders”) do not tolerate another male in their territory.  However, since Pongo and Christopher grew up together, they developed a brotherly bond and remained in the same habitat for several years as full adults.   Today, they each live with a female companion but still enjoy visiting each other in the aerial trailways.

Nest-building is one of Christopher’s favorite activities. He will make nests with palm fronds, banana leaves, cardboard boxes, and fleece blankets. He also used to love wearing hats and would wear boxes, burlap bags, or buckets on his head. But as an adult male, he is much more reserved now. Even though he is one of the largest apes at the sanctuary, he is one of the most gentle. He shares his habitat with his companion, Pebbles, and they are most often next to each other whether playing, resting, or eating. 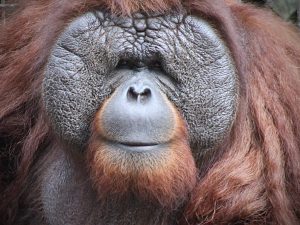 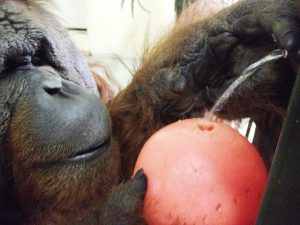 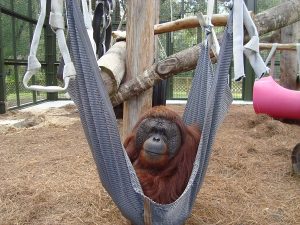 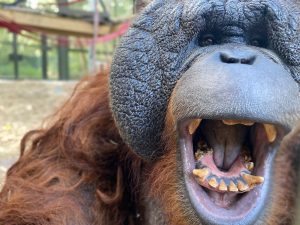 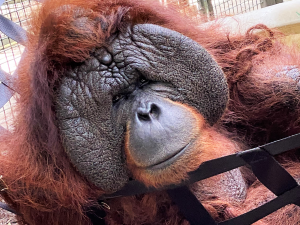 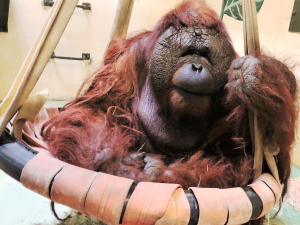