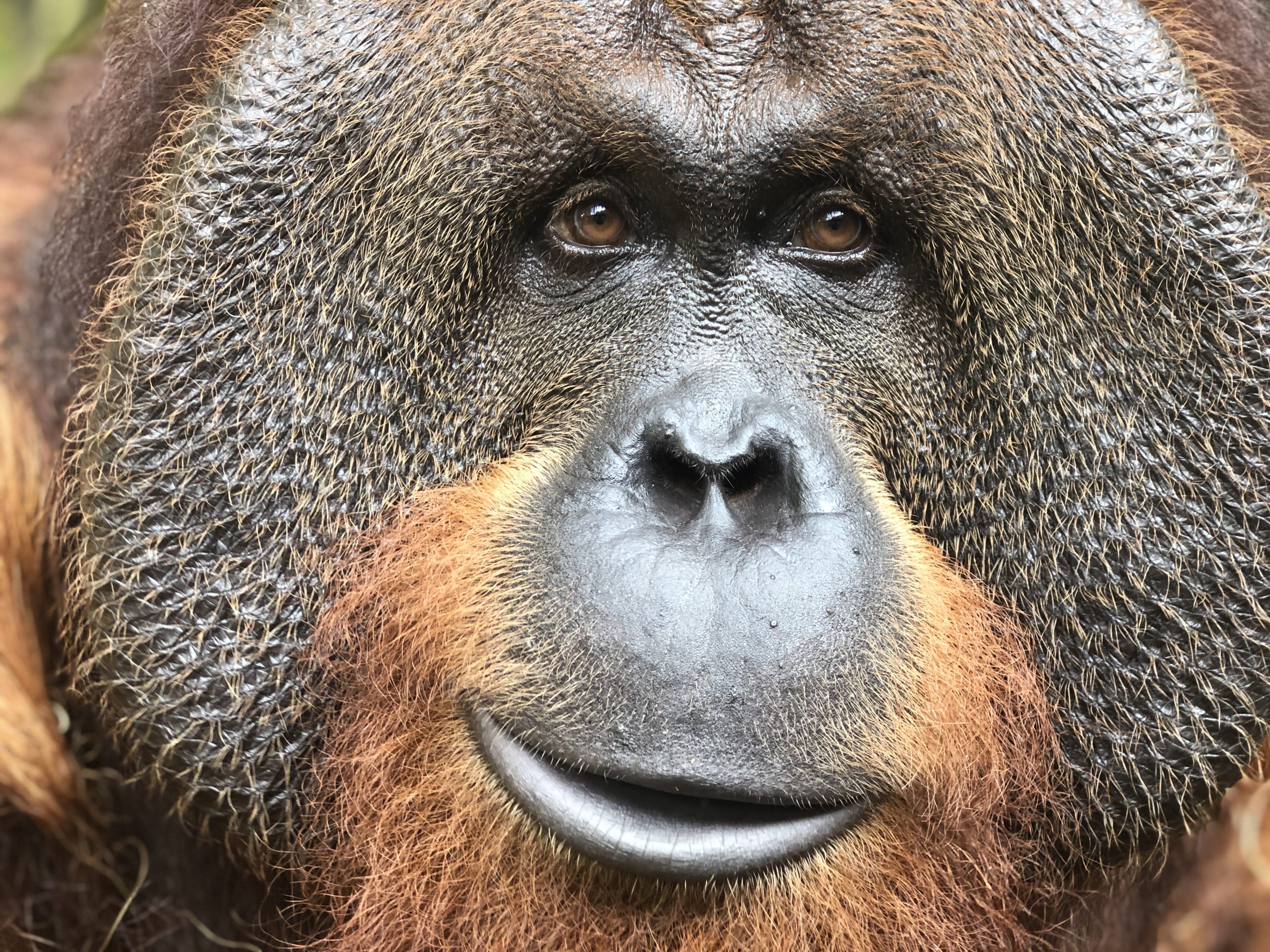 BamBam was born at a breeder’s facility in Florida and then sold to a California trainer where he was worked in several entertainment venues. His longest role was playing “Nurse Precious” on the NBC television soap opera, Passions, for three seasons.  At the age of six, BamBam became too strong to be worked safely and was ready for retirement. He arrived at the sanctuary in 2005 with two other younger orangutans, Jam and Pebbles.

As a juvenile and adolescent, BamBam loved playing with Jam and Pebbles, and later became good friends with Louie, another youngster from Hollywood. Louie and BamBam loved to wrestle, play chase, and swing around their habitats causing occasional havoc. But as it happens, when young male orangutans reach sexual maturity and start to develop their cheek pads, or facial flanges, they start to avoid other males and become quite territorial.

BamBam now lives with his female companion, Tango. They are very close and can often be spotted sharing treats and grooming. 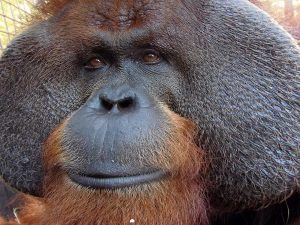 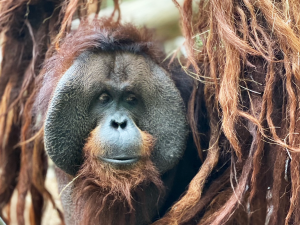 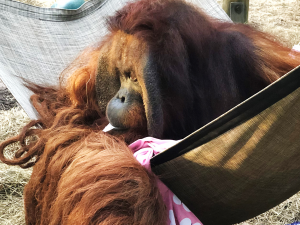 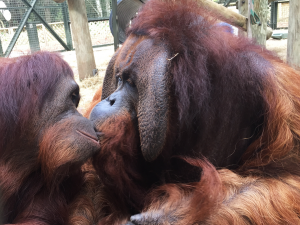 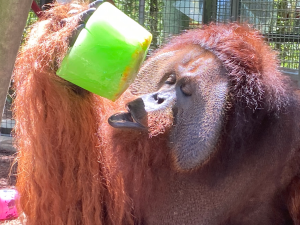