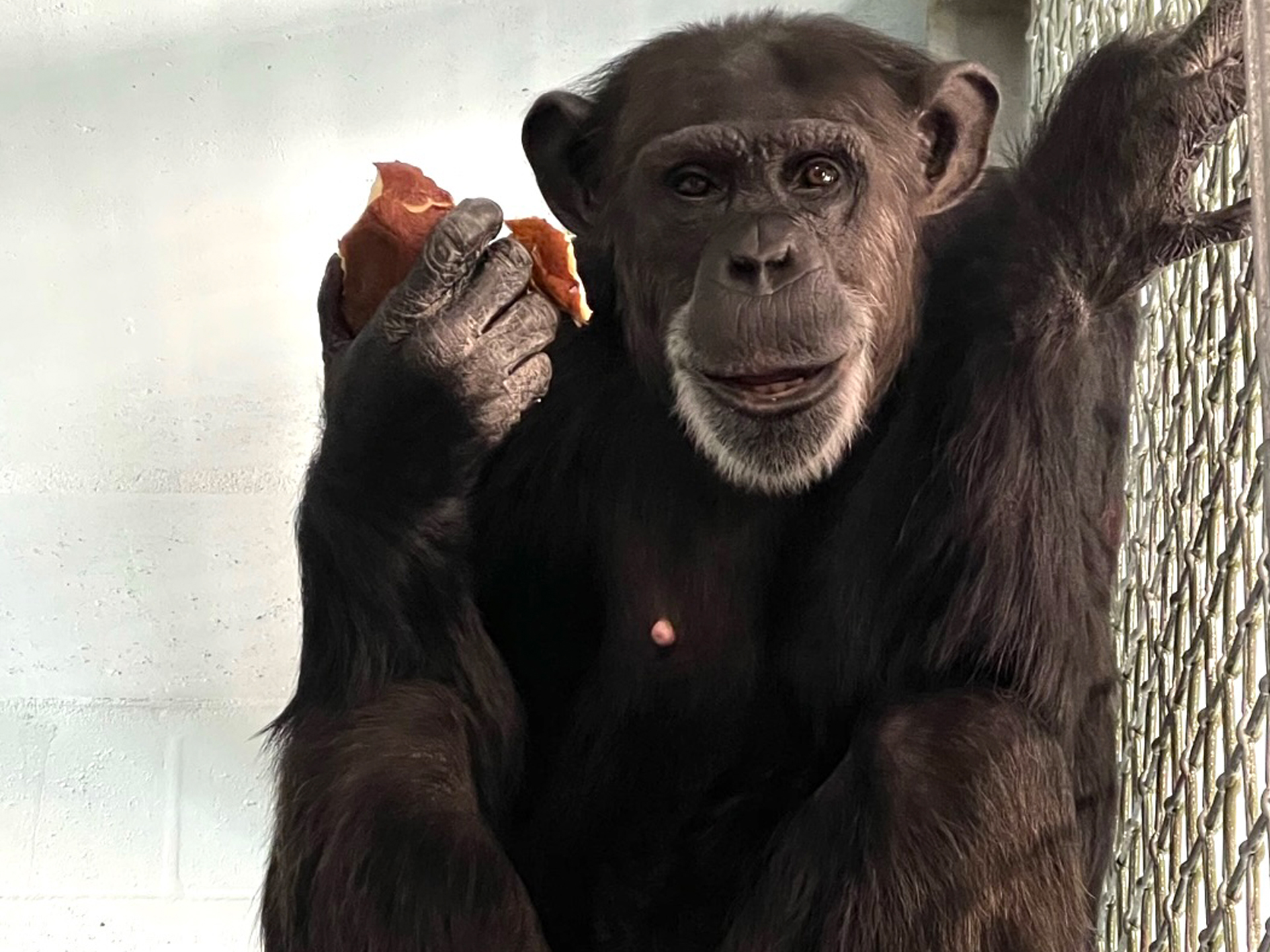 Sabina, born in the New York LEMSIP research lab only ten days after Josh was born, was raised for four months by her mother Sally who also breastfed Josh because his chimp mother was unable to feed him. At four months of age, Sabina and Josh were not doing well and were taken from Sally to be reared in the lab’s nursery. They were soon joined by infant Ewok, and the three chimpanzees have lived together for over 30 years, still having a strong bond with each other today.

Sabina is also very close to the youngest chimp in the group (ShaSha) and helped care for her after she was born at the Wildlife Waystation in California.

Even though she is shy and reserved, Sabina is the alpha female in the group. She has developed good social skills and can influence the other chimpanzees. She is generous and shares her food… especially with Josh. If she has a banana, she will break it in half and hand half to Josh.

Sabina is the first chimp to greet the caregivers in the morning and makes lots of “breathy pants” (soft greeting noise) pressing her belly to the mesh to be tickled. Her former caregivers in California described her as a “ray of sunshine” who spreads joy. 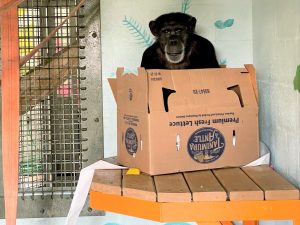 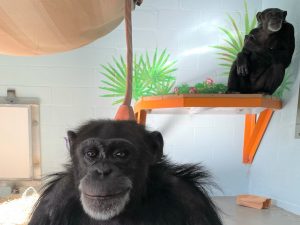 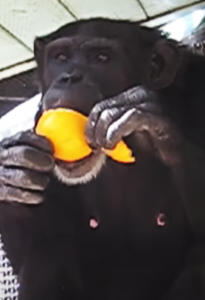