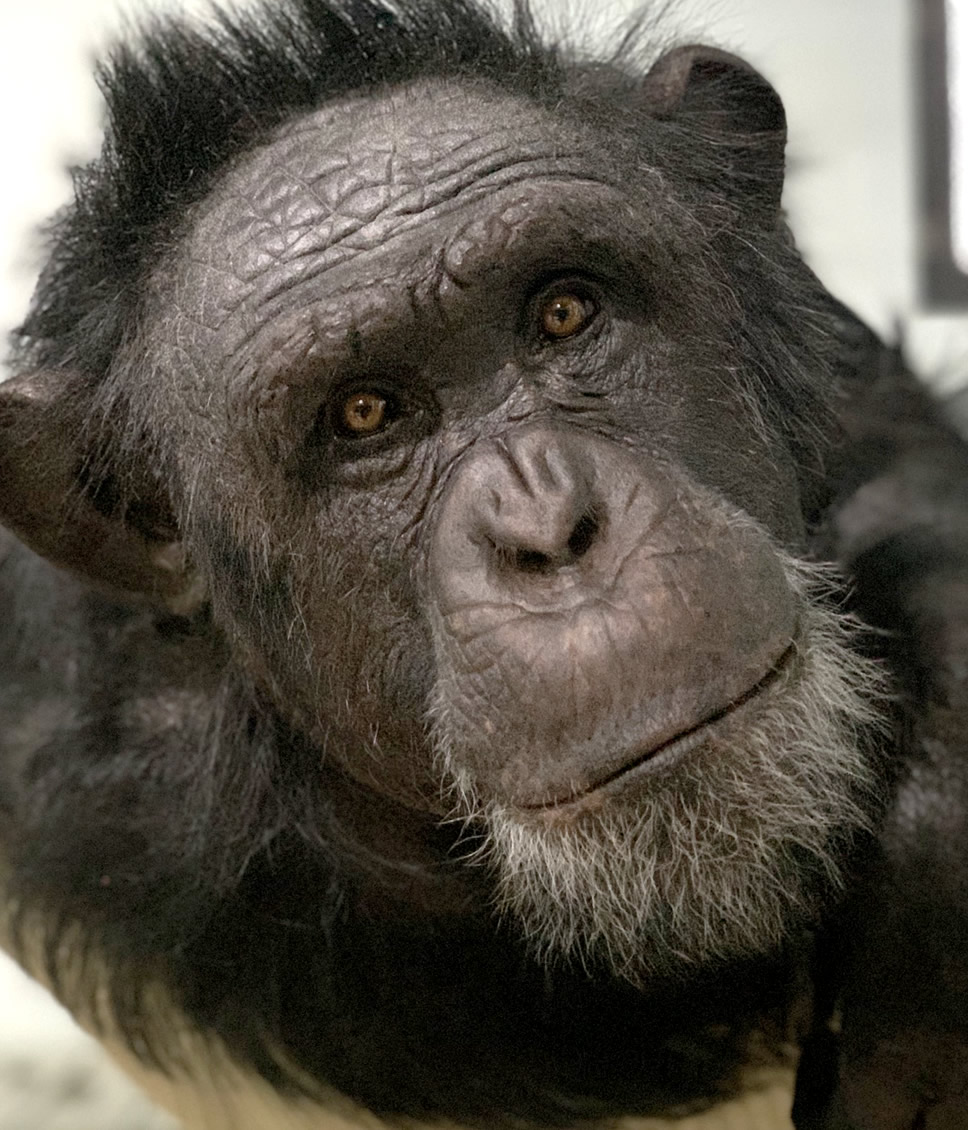 Ripley was once a Hollywood star (in movies Ace Ventura, Junior, and television’s Jerry Seinfeld Show ), but he ended up living in a tiny unaccredited zoo in Nebraska after he grew too large to work with actors. He lived there with three other former entertainment and pet chimpanzees for less than two years until one day, he and his three companions escaped through a door left open. Ripley and his friends were chased down by the staff, and three of them were shot and killed. When Ripley saw his younger brother Tyler and two other companions shot, he ran back into his cage, closed himself inside, and survived.

Within a day or two after his friends were killed, he was shipped out to a private breeder in Missouri where he lived for the next three years. But Ripley wasn’t the “breeder” they expected, so he was shipped to California to another compound where he was to be used as a breeder. But after a year at that compound, the trainer agreed to send Ripley to live at the Center for Great Apes where many of his siblings and original companions from Hollywood had been retired.

Ripley arrived at the Center in December 2009 and has been reunited with his family and companions that he once lived with nearly a decade earlier. Ripley has had the opportunity to meet his sisters again – Maggie & Bella, his brother Mowgli, and several old friends (Sam, Oopsie, Bubbles, Jessie, & Boma).

Ripley is Kodua’s father, but Kodua was born in California after Ripley was sent away to Nebraska, so he never met her until he arrived at our Florida sanctuary in 2009, four years after Kodua and her mother Jessie arrived.  Since then, Ripley and Kodua have developed a close relationship at the sanctuary. 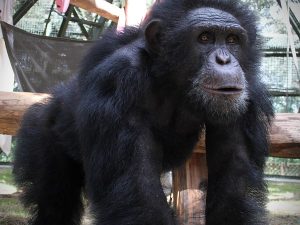 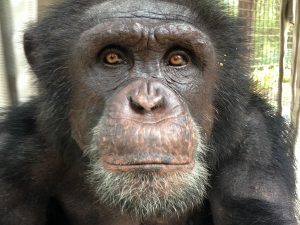 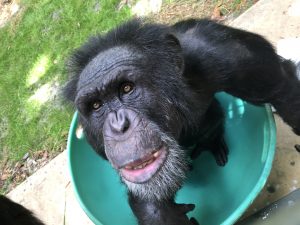 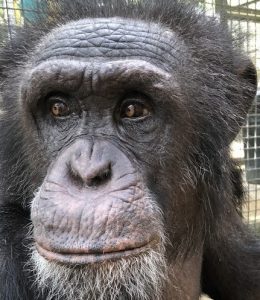