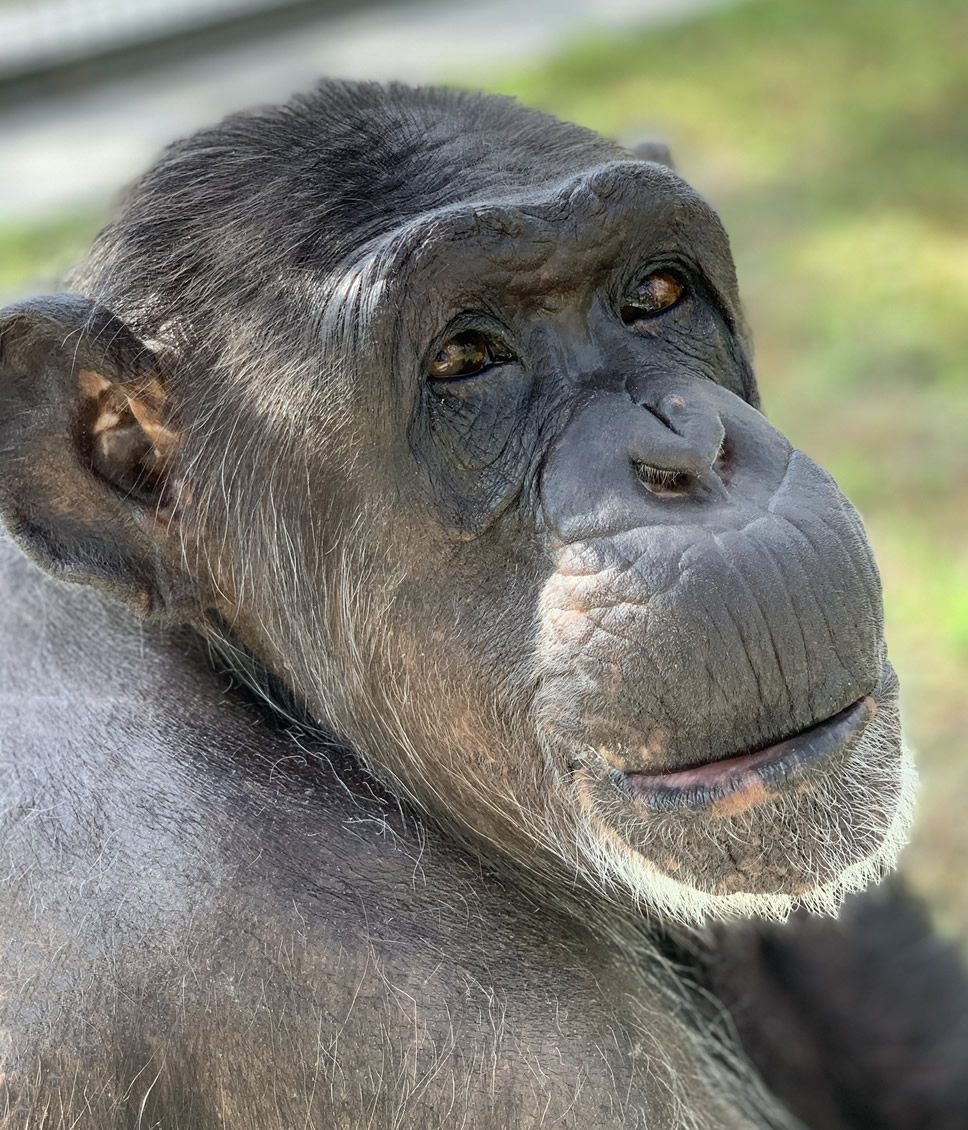 Oopsie is the oldest female chimp at the sanctuary. Her life began as a performer over 30 years ago when she was an understudy on the TV show “BJ and the Bear”. When her original owner retired, she was sent to a California sanctuary for a short time, but then ended up in another trainer’s compound where she was bred. Oopsie had at least five infants, but all were pulled away from her within weeks of their birth and either trained as performing chimpanzees or sold as pets. Oopsie’s first two offspring, Boma and Jessie, now live at the sanctuary reunited with their mother, all having arrived here together in March 2005.

Oopsie’s fourth infant is our original chimpanzee resident, Grub (born in 1991). Oopsie raised Grub at the Los Angeles animal compound for 12 weeks until he was pulled from her and sold as an infant to a tourist attraction in Miami.

When Oopsie’s daughter Jessie arrived in Wauchula, she was carrying her newborn 6-week old infant born in California before she was moved to the Center. After Oopsie and Jessie were reintroduced to each other, Oopsie was very respectful and gentle with Jessie’s baby, her own grandson, Stryker. Then, in 2006, another one of Jessie’s previous offspring (who had been hand-raised in California) was added to Oopsie’s group. Kodua was only three when she was slowly introduced to her birth mother Jessie, her brother, Stryker, her aunt Boma, her grandmother, Oopsie, and the two adult males in the group, Sam and Bubbles. To our surprise, Oopsie immediately adopted her granddaughter Kodua taking her into her nest each night and watching over her with the other chimpanzees. Oopsie finally was able to raise a baby.

Oopsie in is a stable group with her daughters Boma and Jessie and the adult males Bubbles and Ripley.  Her grandchildren Kodua and Stryker also visit for play and grooming dates. Oopsie is very close to Bubbles and likes to spend quiet time grooming him.

She is gentle and easygoing but still very active for her age. She has an expressive face and does not hesitate to let her caregivers know exactly what she needs and wants.

Oopsie was born sometime in 1974 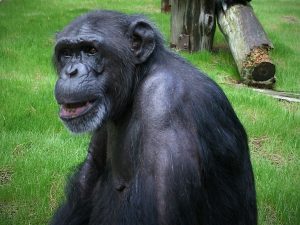 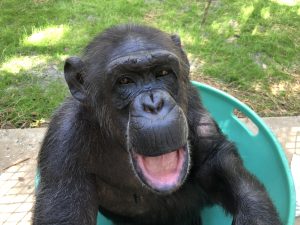 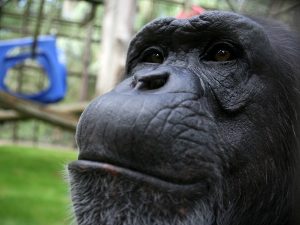 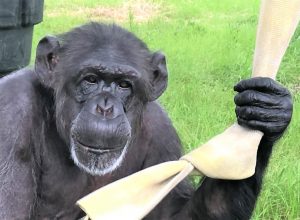