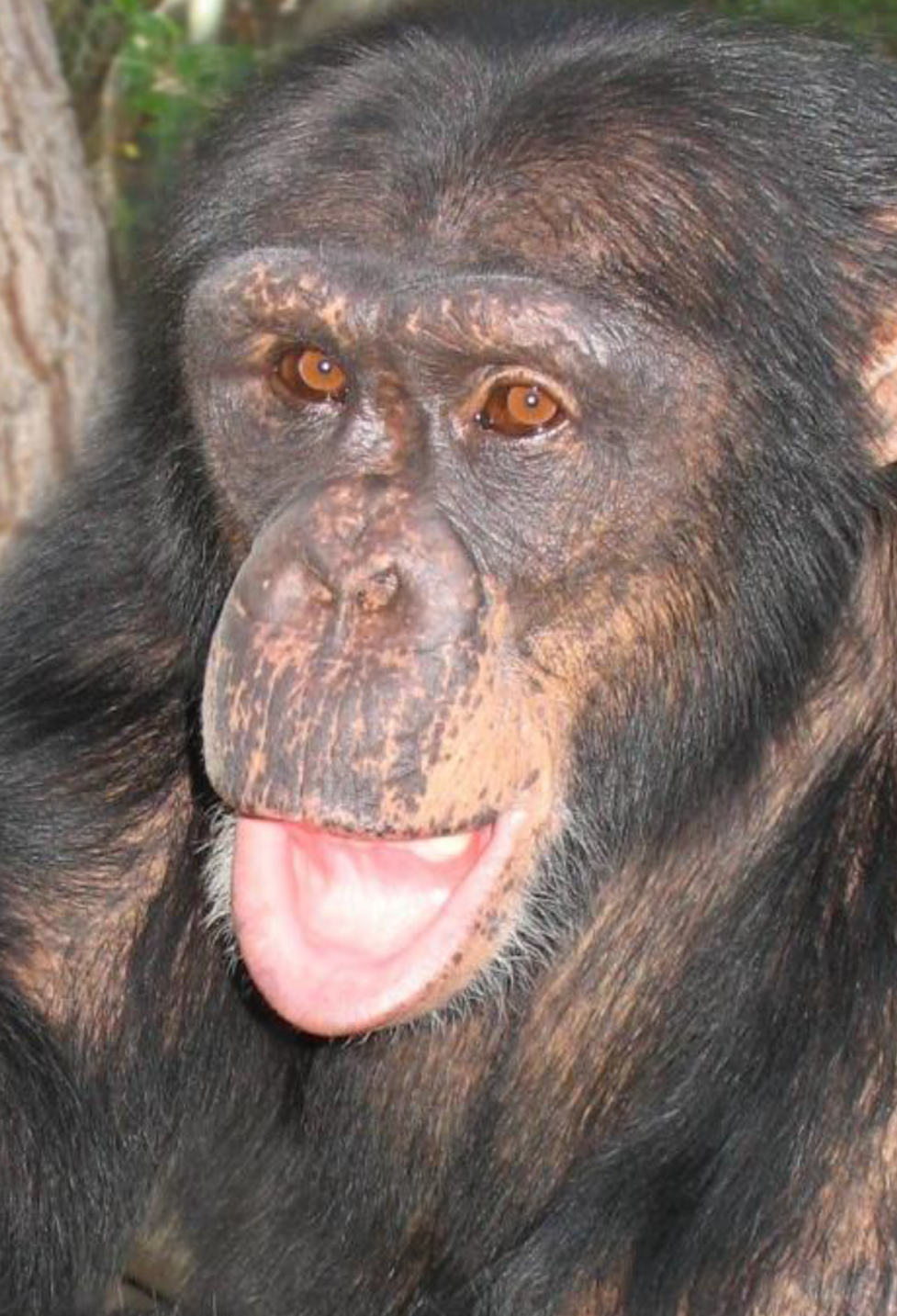 Mystery was the result of an accidental pregnancy at NYU’s biomed lab LEMSIP. All breeding had stopped at LEMSIP, so no one knew about this pregnancy until an employee, following a crying sound, found this newborn lying on the bottom of the cage. His mother (Lulu) was known as a “baby killer,” so he was immediately rescued and raised the next four months, by Dr. James Mahoney, the chief veterinarian at LEMSIP, his wife, and his daughter until tiny Mystery was sent to the Wildlife Waystation in California. However, at four months old, Mystery was too young to make the three-day trip by truck, so Dr. Mahoney and Mystery flew commercially on Continental Airlines (first class!) from New York to California. When landing at LAX, the captain made an announcement to the passengers that they had a very special passenger on board who was rescued from biomed research and would spend the rest of his life in sanctuary care.

Today, Mystery lives in a group with some of the young chimps that arrived at the Wildlife Waystation in 1996. He is particularly close with ShaSha as they were raised together as infants in California. He usually gets along well with the older males (Ewok, Josh, & Billy), but occasionally will try to assert his dominance. When he wants attention from the others (or from his caregivers), Mystery makes an unusual clicking noise.

He enjoys snuggling with blankets and loves hammocks. He particularly enjoys fresh fruits (especially grapes), vegetables, nuts and seeds, and plant browse.  His favorite treat is banana nut bread that he gets on special occasions.  During meals, he likes to distance himself from others and be an “independent observer”.

Mystery is easily recognizable in the group because, for some reason, his lower lip droops down. 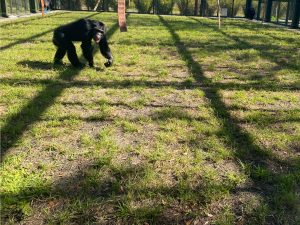 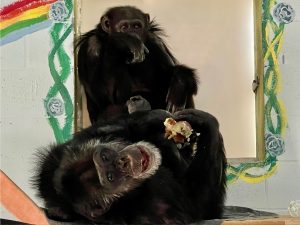