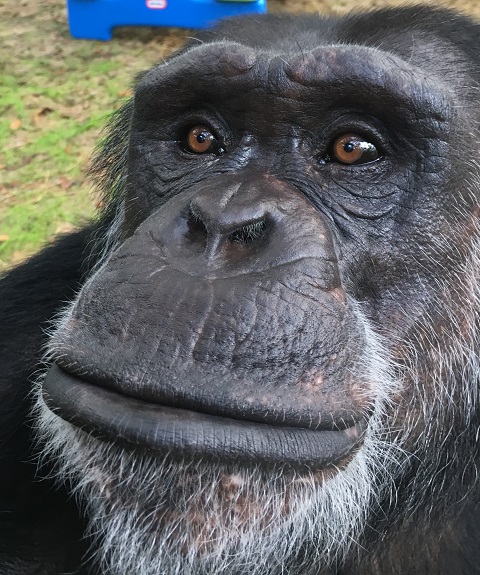 Murray was born at the Arbuckle Wilderness drive-through animal park in Murray County, Oklahoma. As a tiny infant, he was pulled away from his mother and displayed in a crib in the gift shop of the park. One day, a visitor to the park claimed he scratched her, and she was afraid he might have rabies. Although this was not true (chimpanzees are no more carriers of rabies than humans are), at only 10 months old, Murray was nearly taken by authorities in Oklahoma to be destroyed to test for rabies. However, a couple who owned another chimpanzee in New York heard about Murray’s plight and immediately drove to Oklahoma to pick him up one night and take him back to their home to live with their other chimpanzee.

His former owners said that as an infant, Murray used to skateboard on the decks of their patio, play with the family dog, and climb trees every day. He loved to tease his older chimp companion Casey and was usually a full-of-fun fellow.   But when his owners realized that a growing male chimpanzee could not be adequately cared for in a human house, they asked the Center for Great Apes to accept both chimpanzees at our sanctuary. At age 17, Murray arrived in Wauchula along with 22-year-old Casey in October 2010.

Today, Murray’s group has grown to include Mickey, Chloe, Kodua, Daisy and Hannah. Murray is exceptionally sweet and protective of the female members of his group, especially Hannah. He is the peacemaker when females have a difference of opinion.

He loves just about anything to eat except cauliflower!  His favorite things to do are to play chase or groom with his caregivers.  Murray is still a very jovial chimpanzee and is friendly to all the chimpanzees as well as the caregivers. 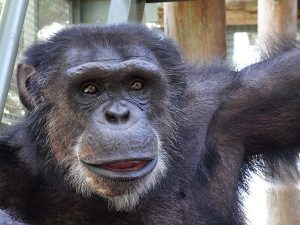 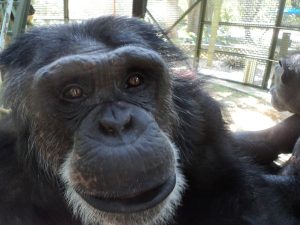 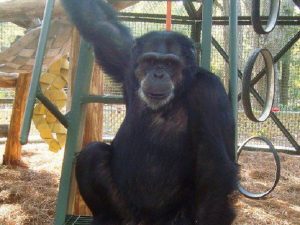 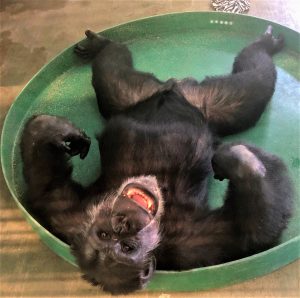 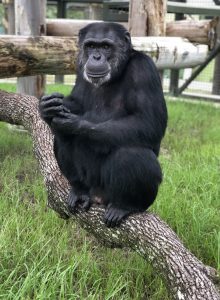