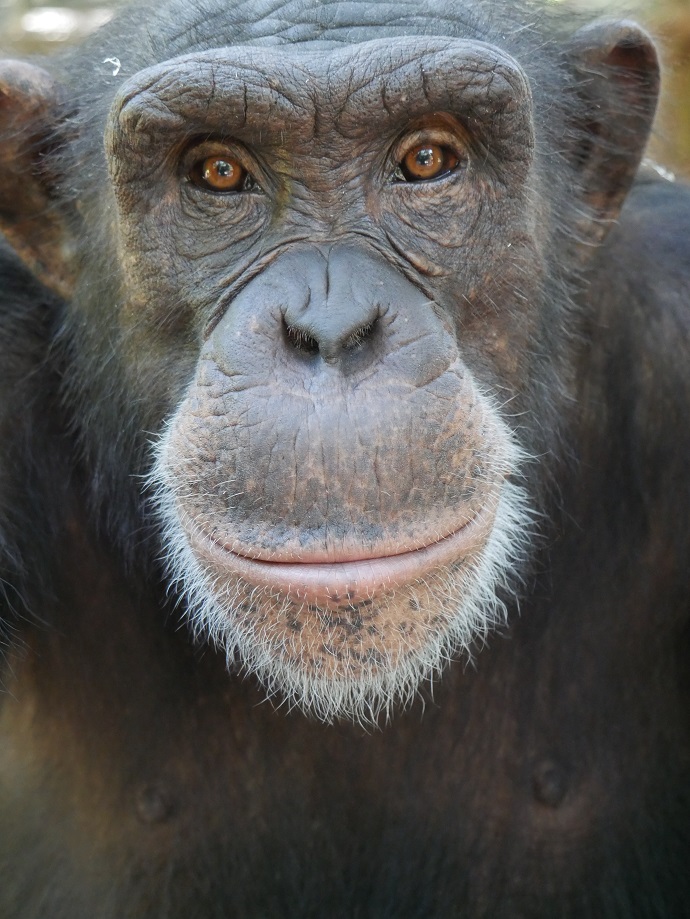 At age five, Mowgli still had an active working life when his California owner decided to get out of the apes-in-entertainment business and retire all his apes to the Center’s sanctuary in Florida. Mowgli had worked in the first CareerBuilders TV ads, was a “regular” on the Dennis Miller Show, and had just finished the movie The Shaggy Dog with Tim Allen before he arrived in Wauchula with eleven other chimpanzees in March 2005.

Mowgli arrived in the company of then 2-year-old infant Kodua, and the two of them were inseparable. When Kodua was introduced back to her original family (Oopsie’s group), Mowgli was introduced to several older youngsters – Natsu, Brooks, and Angel.

Mowgli is a very happy and friendly chimpanzee and gets along well with each of the other chimpanzees he has met here. He has lived with numerous other chimpanzees at the sanctuary (Grub, Toddy, Mickey, Daisy, Roger), and he currently is in a group with Brooks, Noelle, Kenya, Natsu, and Chipper. 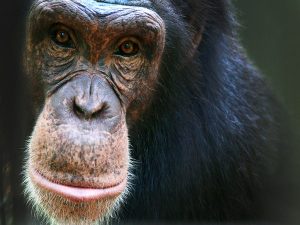 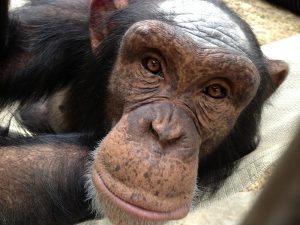 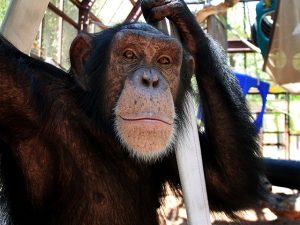 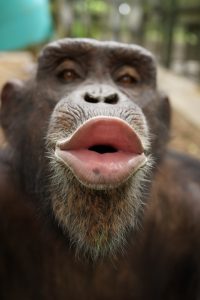