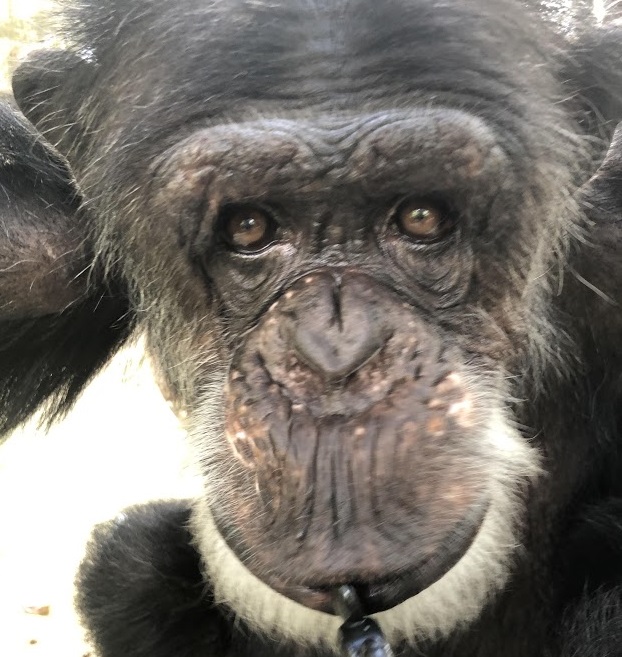 Adult male chimpanzee Mickey arrived at the Center for Great Apes in May 2006 after living his first twenty years in a tiny garage cage in New Jersey where he was kept as a pet. He was extremely overweight when he first arrived, having had little or no exercise for many years.

For years, Mickey had only seen his owner’s human family, and in the first months at the sanctuary was quite afraid of any strangers or groups of people. Even though he had lived next to another chimpanzee in a different cage in the garage, he never really had any one-on-one interactions with chimpanzees, so was even more afraid of the other chimps here. Mickey had not been in an open area where he could climb and run, so his new habitat at the sanctuary was also intimidating. It took him nearly a year before he was brave enough to climb up to the top, and he still spends most of the time on the ground. However, he quickly learned to navigate the trailway system and loves to run through the overhead tunnels watching everyone from high above.

Since his arrival at the sanctuary, Mickey has continued to make progress. After the first year of helping him get acclimated to his new surroundings, he was gradually introduced to other chimpanzees at the sanctuary. For a long time Mickey preferred to be alone removing himself from his group frequently throughout the day. (This is one of the critical issues about keeping chimpanzees as pets as they often do not learn the essential behaviors, rules, etiquette, and protocols of interacting with their own species.)

Today Mickey lives with Murray, Daisy, Chloe, Hannah and Kodua. He is the lowest ranking chimp in his group but always has loyal friend Daisy to back up and protect him. Each day Mickey’s bond with higher ranking Murray grows. 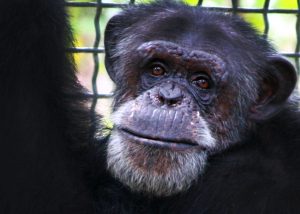 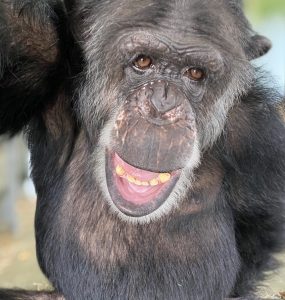 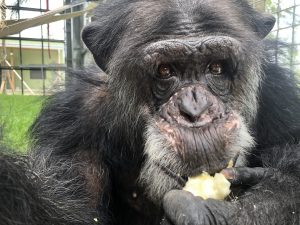 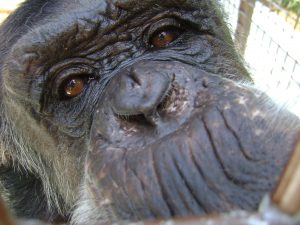