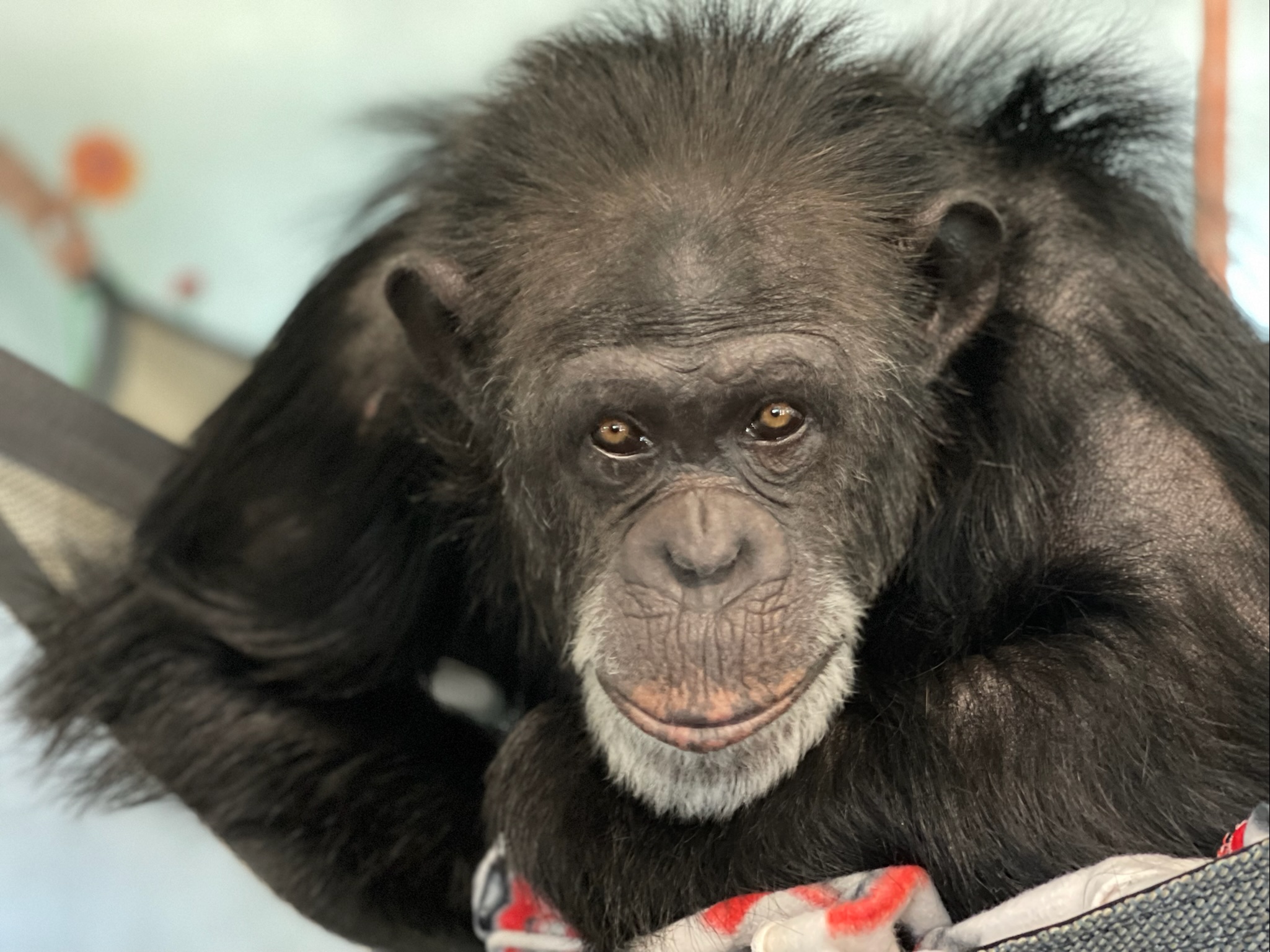 Maude was born in the New York LEMSIP lab shortly after Billy was born. They both were in the baby nursery together until they were secretly moved (at 9-11 months old) to the Wildlife Waystation in Los Angles to avoid having them transferred to an invasive research lab in New Mexico. When the Wildlife Waystation closed, Maude and Billy (along with their group including Ewok, Josh, Sabina, Mystery, and ShaSha) were moved to the Center for Great Apes in 2021.

Maude is a very sweet female but can also be tough at times. She does not like to shift from one room to another … or to go inside and outside, so she is usually the last one to come inside on a cold afternoon. She likes to sleep outside at night, and often naps during the day in the aerial tunnels.

Cardboard boxes are one of Maude’s favorite things to play with. She seems to like to spend time alone but often hangs out with Mystery or Billy. Maude is very intelligent and has many ways to convince her chimp friends and her caregivers to give her what she wants. 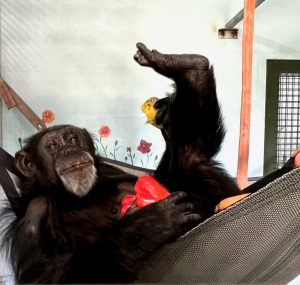 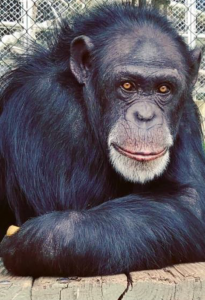