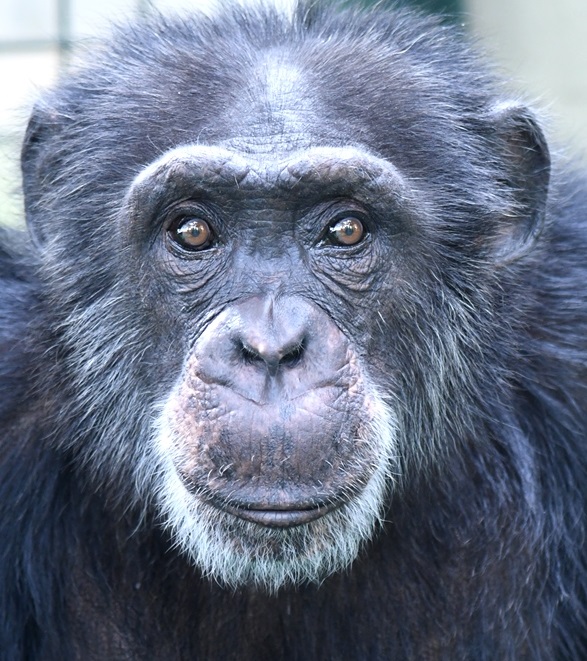 Marco is the oldest great ape at the sanctuary and arrived here in November 2005 after living alone for 30 years in a tiny backyard cage in South Carolina.

He was born in the wilds of Africa, and when his mother was shot and killed by poachers, Marco was taken to be sold and shipped to North America. He ended up with a circus family and performed in a small traveling circus in Oklahoma. When the circus trainers bought him, he had rickets (a nutritional deficiency of vitamin D). The rickets possibly affected his development and overall size because Marco is the smallest adult male chimpanzee most people have seen.

No one would ever accurately guess how old Marco is based on his size and energy. He is over 60-years-old, and only weighs about 80 pounds (a full-grown, adult male in captivity normally weighs 145 to 180 pounds). People sometimes think he looks like a miniature gorilla because Marco has a very square-shaped hip and rear end stance with a lot of silver hair on his back.

When his circus owners retired, they sold the other chimpanzees in their act, but kept Marco as a pet since he was the youngest and smallest. So, for the next 30 years, he lived alone at their home never seeing another chimpanzee. When he arrived at the Center for Great Apes, he was very nervous around the other chimps, but eventually was successfully introduced to Butch, another wild-caught older ex-circus chimpanzee.

Butch and Marco are now the best of friends living together for the past 16 years, and they don’t like to be parted from each other.  If Butch barks at something, Marco’s bark comes immediately after always supporting and standing behind his friend.

Marco has a very unique sounding “ food grunt” that sounds quite unusual.  Every food is his favorite food, and he loves frozen juice “Boomer” balls for enrichment.  Marco’s favorite game is to play chase with his caregivers, and he will initiate a game each time someone walks by his habitat. But, Marco always cuts corners to make sure he wins! 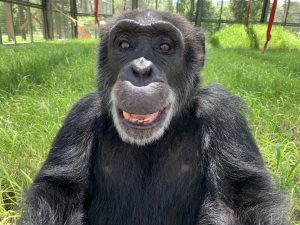 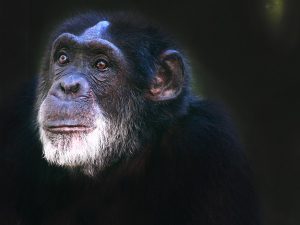 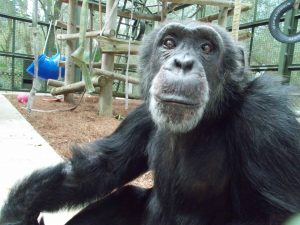 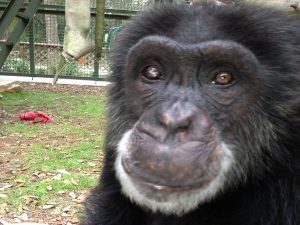 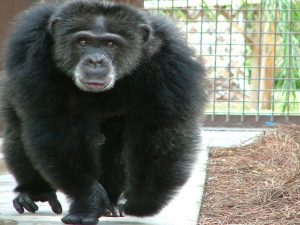