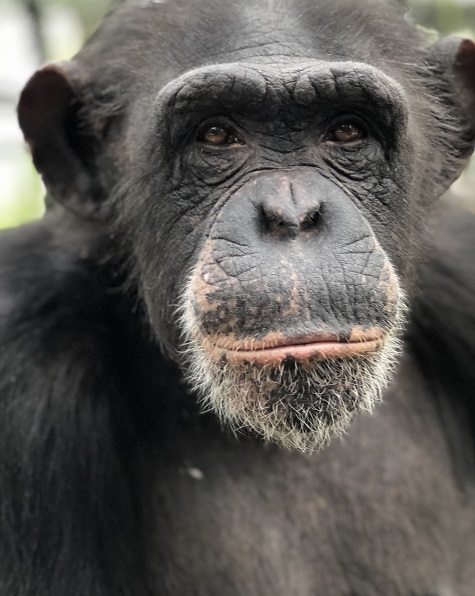 Like many others at the sanctuary, Maggie worked for several years and appeared in a number of commercials and television shows, including the Tonight Show, and the CareerBuilders commercials until she became too large and dangerous to work around the public.

She arrived at the sanctuary in March 2005 with her younger siblings, Mowgli and Bella and her older brother Ripley arrived here in 2009.

Maggie now spends most of her time in the company of Angel and Jonah as well as Jacob, Ellie, and Bella.  More recently, she has been introduced to the elder chimpanzees Bo and Joe, and they are wild about her.  She’s their favorite female here.

Maggie is assertive with both chimpanzees and her caregivers. She is clear about what she wants to do and where she wants to go.  She has a special game that she likes to play with her caregivers where she points at a spot and wants them to run to it. She could play that game all day. And, she also enjoys having her nails filed by the caregiver staff sometimes taking the emery board and filing her own nails. Maggie is very tidy and likes to wash her hands in the hose. 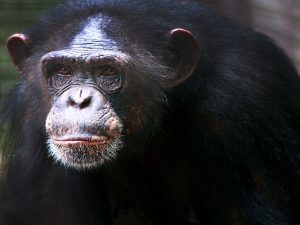 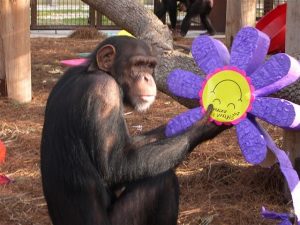 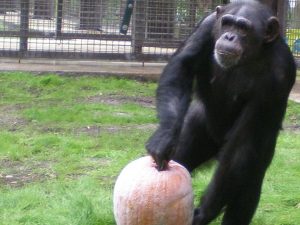 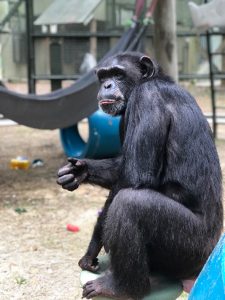