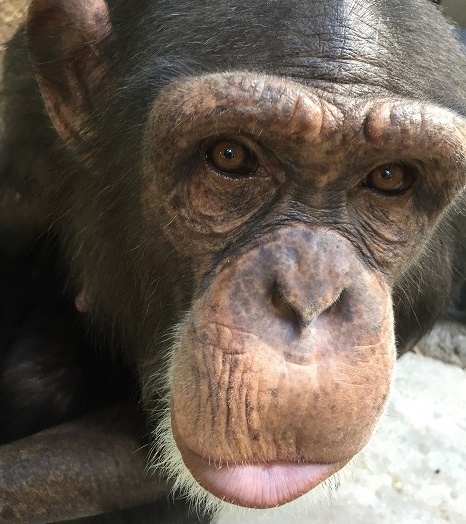 Kodua was only two years old when she left the entertainment world and arrived at our sanctuary. She still had several years ahead of her in “show business”, but as her owner retired from working apes in movies and commercials, Kodua fortunately stopped working at a very early age. However, even in her infanthood, she still was used in a few commercials including Keds shoes and the first CareerBuilders ad in the 2004 Super Bowl.

Kodua was the second infant born to Jessie at a California exotic animal breeding and entertainment facility. She was taken from Jessie at birth and raised in a human environment where she became more comfortable around people than with chimpanzees.

When she first arrived in Wauchula, she was housed with the little chimp Mowgli, but usually wanted to be with the caregivers at the sanctuary. She was also introduced to Knuckles and became a wonderful playmate for him.

But Kodua’s birth family had also come to the sanctuary, and it was important to reunite her with other chimpanzees in her own family. So, at age 3, she was gradually introduced to a group of six chimpanzees including her mother, aunt, grandmother and infant brother. While her own mother, Jessie, was very gentle and playful with Kodua, it was her maternal grandmother, Oopsie, who decided immediately to adopt Kodua and raise her as her own infant.

Kodua has spent her most of her life at the sanctuary with her family group until recently. As a young and active adolescent, she likes to play and run, but her elderly grandmother Oopsie, her mother Jessie, and her aunt Boma are more interested in resting.  So, Kodua has been introduced into a younger group with chimpanzees closer to her age  – Hannah, Chloe, and Murray (as well as the older chimps, Chipper and Daisy). She plays the most often with Chloe, who brings out her silly side. Murray is quick to reassure Kodua during any group issues and acts as her protector. With the aerial trailways connecting all the 20 outdoor habitats at the Center, Kodua can still go “home” for a visit with her family. 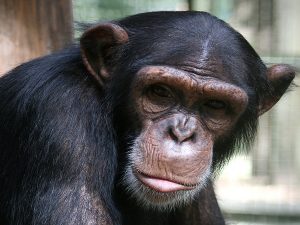 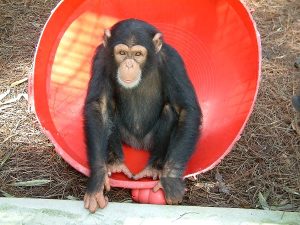 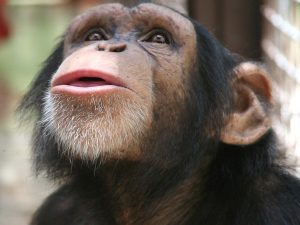 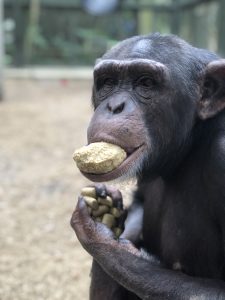 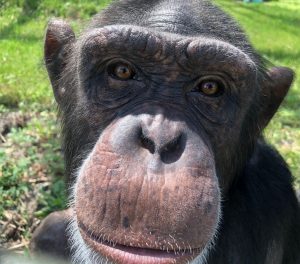