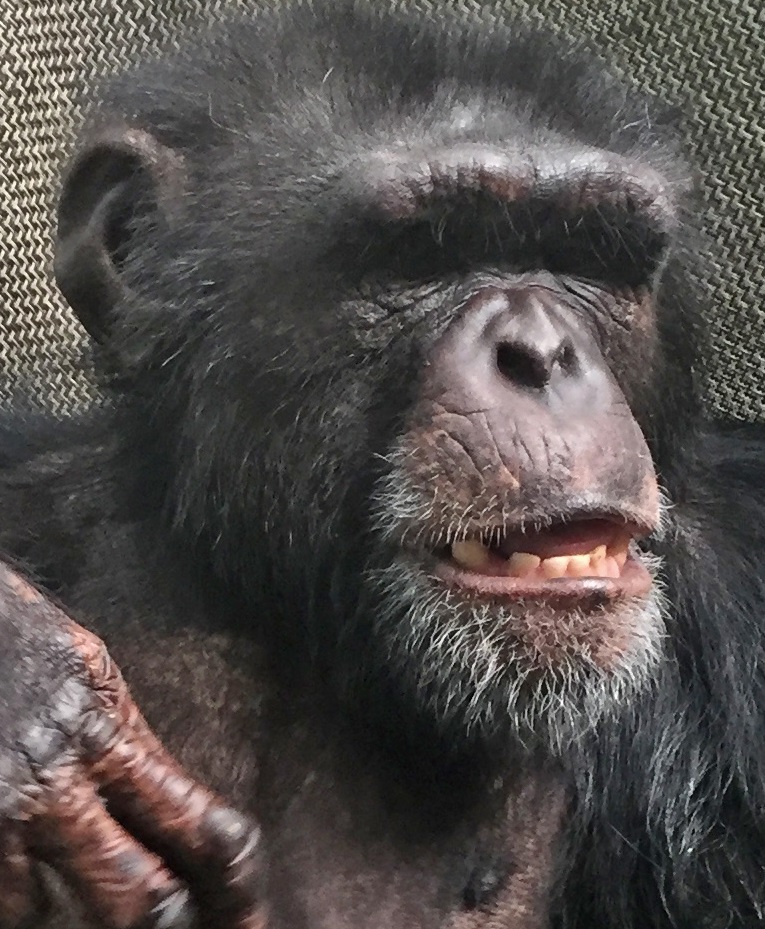 Knuckles arrived at the Center for Great Apes from a California entertainment compound when he was only two years old.  He was affected with cerebral palsy due to a lack of oxygen during his birth.  His challenges were motor and muscle control, a weakness on the left side, and a lazy eye that didn’t allow him to focus on things.

Most two-year-old chimpanzees swing around actively and climb to tall heights, but Knuckles could not climb and barely walked when he arrived.  When he was placed somewhere, he would just sit there until someone moved him.  Although he couldn’t easily feed himself, he would eat if someone fed him.

Early MRI tests and EEG scans suggested that he was not likely to advance much and would stay the same or get worse.  However, Knuckles has made steady progress and our expectations for him are all good.

After years of help from several dedicated volunteers and staff, as well as therapy from occupational and physical therapists who donated their time to help Knuckles, he has learned to feed himself, climb up and down steps, and pull himself up.  He walks wherever he wants to go and is very aware and cognizant of activities around him.  Knuckles likes to play and be tickled, and is very affectionate.

From the time of his arrival, he was introduced to a group of chimpanzees through the mesh while still an infant.  The chimpanzees, especially Grub, Kenya, and Noelle, seemed to know Knuckles was “special” and were very gentle with him.

Several years after Knuckles was moved to the sanctuary from a California trainer, his mother Boma and grandmother Oopsie arrived here too. They did not understand his challenges and were not interested in interacting with Knuckles.  However, in addition to Grub, Kenya, and Noelle, Knuckles did spend a year with little Kodua when she was a juvenile and then more than a year with elderly Toddy before she passed away.  Knuckles close relationship with Toddy was truly exceptional.

Our goal has always been to get Knuckles to the point where he can have the companionship of other chimpanzees.  Now as an adult male (and more than 130 pounds), his physical therapy from staff still continues but is limited.  Knuckles lives in a special needs habitat built to make movement more manageable for him. He still has the opportunity to spend time with another chimpanzee who is still very gentle with him – Kenya, Toddy’s daughter. 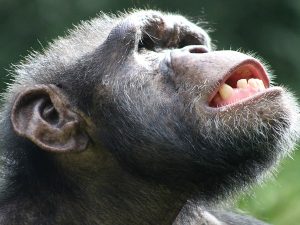 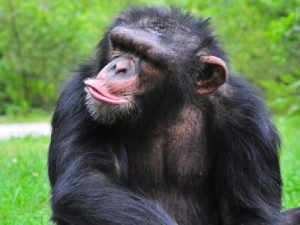 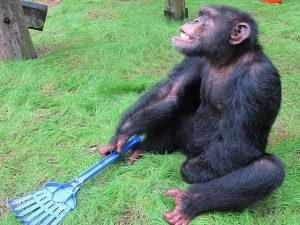 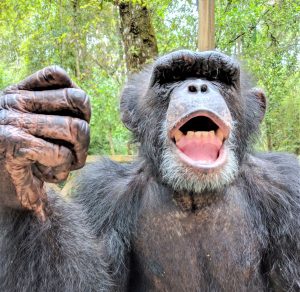