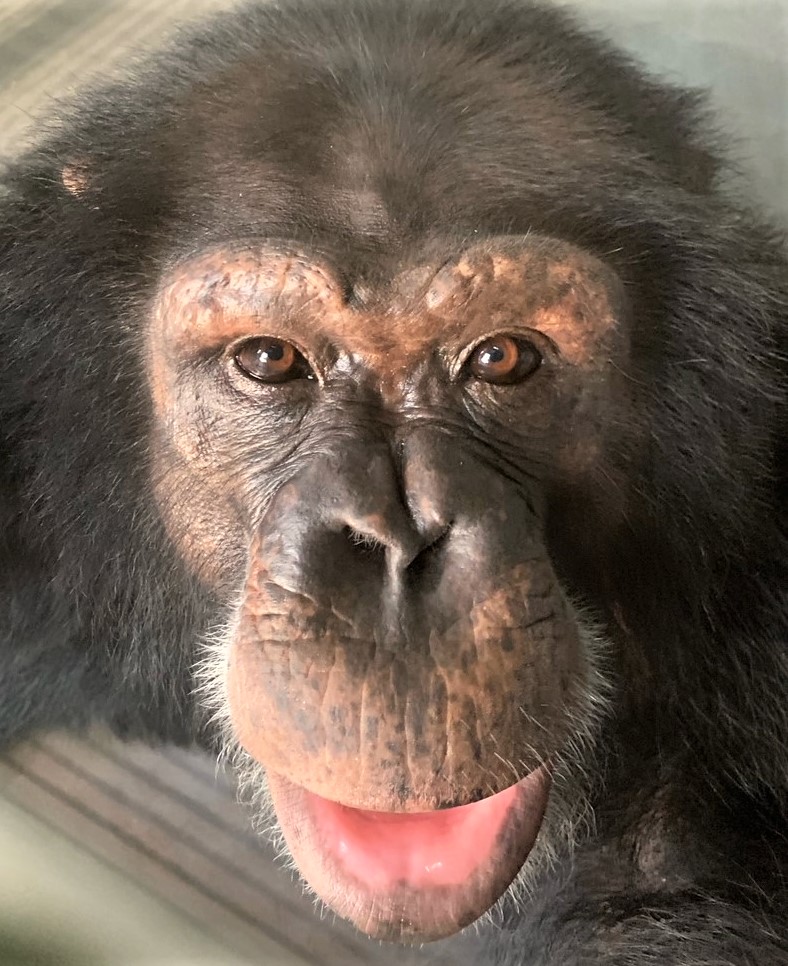 Kerry was sold as an infant to a shop owner and his wife in Alabama.  When he was only 4 years old, Kerry was sent to another private chimpanzee owner where he lived with his half-brother, Cooper.  As both males grew and became stronger and unable to be managed, Kerry and Cooper were sent back to the original breeding facility in Missouri.  When that breeder closed in 2021 as the result of a lawsuit, Kerry was moved to the Center for Great Apes along with five other chimpanzees (Connor, Tammy, Candy, Mikayla, and Crystal).

Kerry’s father was a chimpanzee named Tonka who was also the father of Crystal and Bentley – a young male who already had arrived at our sanctuary in 2018. Kerry likes to be groomed by his half-sister Crystal but prefers to wrestle with Mikayla (only if she’s in a playful mood).

Kerry is outgoing and gregarious and loves to play chase.  His favorite enrichment activity is fishing for treats with a stick, and he really likes Kong toys or any tough rubber toy that he can chew on.  Kerry is especially fond of toy rakes and shovels.

For food, he loves anything green – all lettuces, cabbages, and veggies.  But Kerry hates sweet potatoes!

He is now learning some behaviors for health checks including sitting very still and allowing the veterinary staff to listen to his heart rate with a stethoscope.

Kerry is a typical teenager… especially when he teases the girls and gets them going.  He likes to kick and bang doors when he’s feeling very macho, and he spits water (and a lot of it!) at Connor, Candy, Tammy, and his caregivers.  But when he spits water at any one of the chimps …and that chimp spits back at Kerry, he runs away screaming! 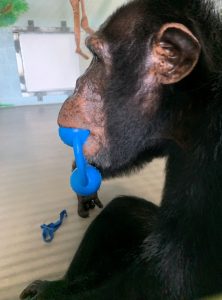 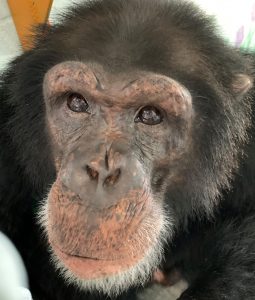 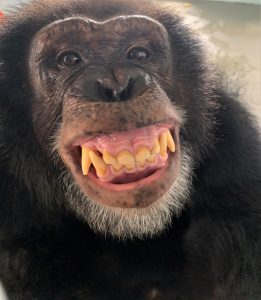 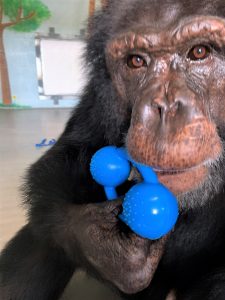