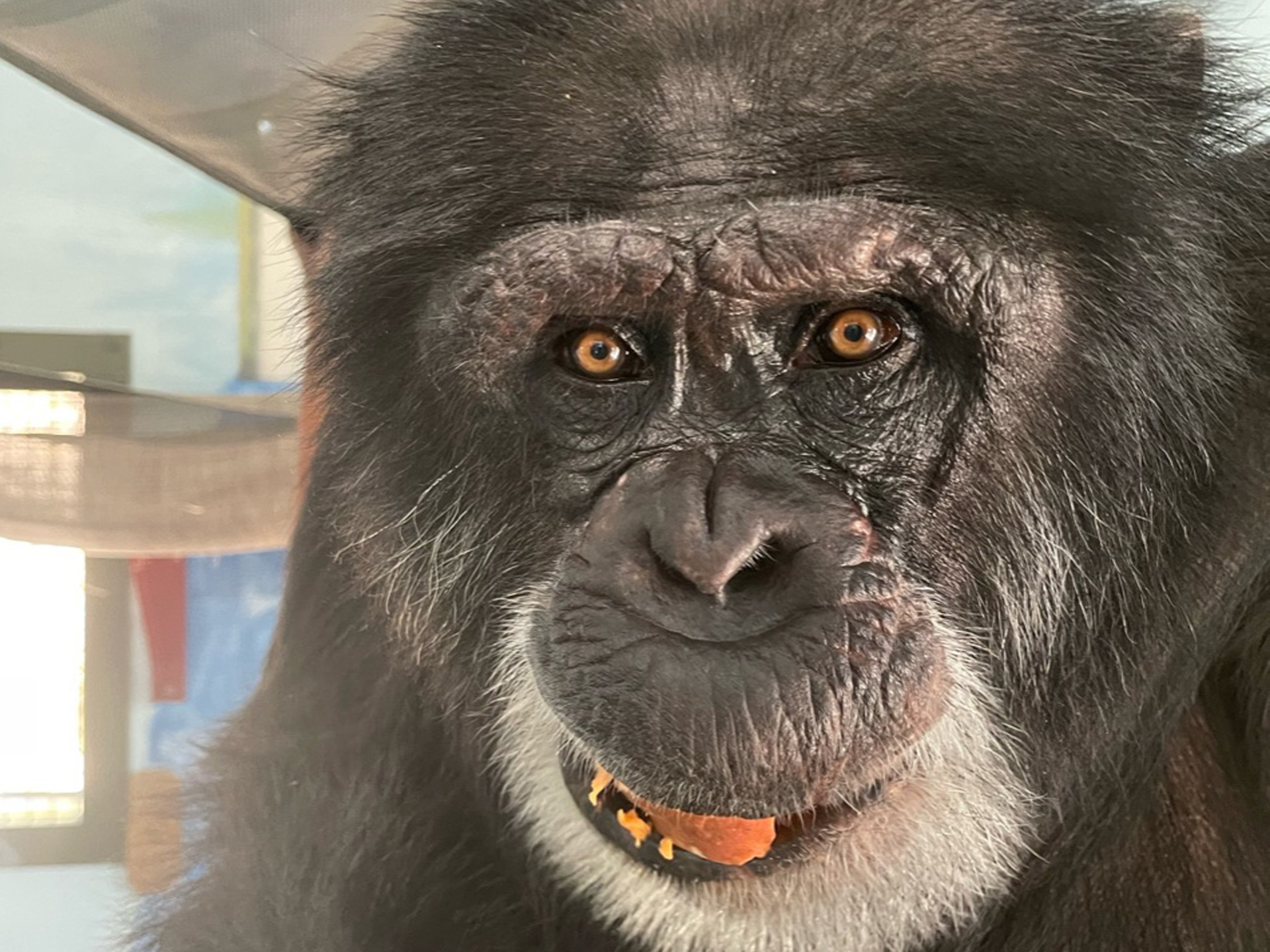 Josh’s mother at the NY lab (Missy) loved her newborn infant but had no idea how to care for him. Even though the veterinary team at the research center tried to teach Missy how to hold Josh, she often put him down and would not feed him when he cried. To save him, Josh was taken from his mother and fed by the staff. A week or so after Josh was born, another chimpanzee (Sally) had an infant named Sabina. Sally was an experienced mother, so the workers gave Josh to Sally to nurse and raise along with Sabina. Sally breastfed both Josh and Sabina for four months, but due to the poor quality of her milk, both babies were becoming weak and malnourished. They were eventually pulled and put in the baby nursery where they were soon joined by infant Ewok.

Today in his 30s, Josh is very confident and the oldest in the group. He is sometimes treated as the Alpha male by the other chimps…but often defers that role to Ewok.

Josh is still very close to Sabina who he was raised with, and he often begs her for food even though he has his own. Sabina always shares what she has with Josh. He also spends a great deal of time with Billy and ShaSha frequently asking them to groom him.

He loves rubber boots and likes to forage for treats in the grass or in the hay.  Josh has very short toes and stubby fingers and looks a bit like a teddy bear having a round body and a “fluffy-looking” face. 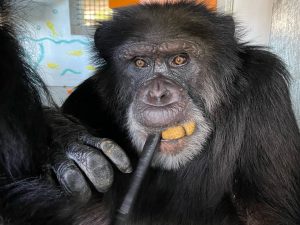 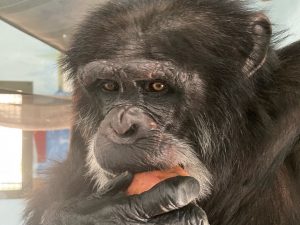