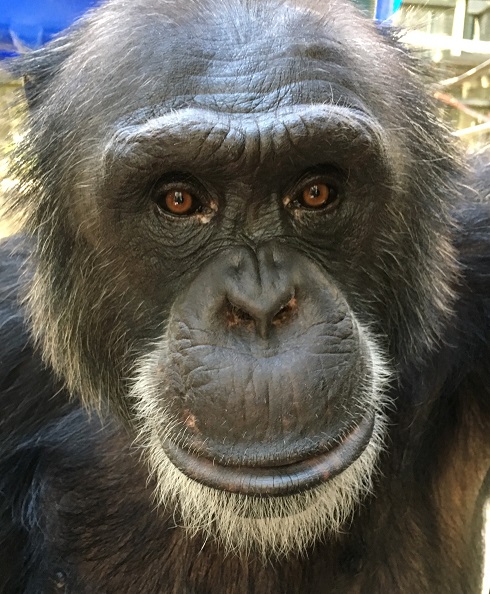 Twins Jonah and Jacob were born in Oklahoma at a drive-through wildlife park where they were pulled from their mother and sold to a California trainer for the entertainment business. They both worked in movies, television shows, and advertisements. Jonah starred with Mark Wahlberg in the 2001 version of the Planet of the Apes and along with his twin brother worked in the original “Trunk Monkey” commercials. When they were only eight years old they were considered too dangerous to continue to be worked in the Hollywood business. So, with the aid of the Animal Actors Guild and a retirement fund, the twins were sent to the Center for Great Apes in August 2004

﻿Jonah was a truly outstanding chimpanzee and a very sweet male when interacting with the females in his group as well as with his team of caregivers. He was very smart and proficient with his husbandry training.  Jonah participates in his own daily health checks by eagerly cooperating with his caregivers and vet staff when they take his blood pressure, heart rate, and even ultrasounds.

Jonah is survived here by his twin Jacob, his older brother Murray, his sisters Ellie & Tammy, his father Joe, and his many chimpanzee friends… especially Maggie, Bella, and Angel who will miss him very much. 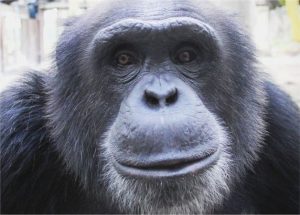 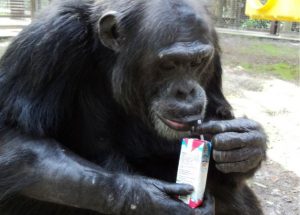 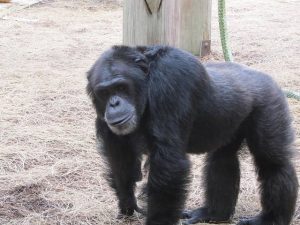 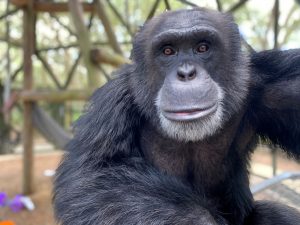