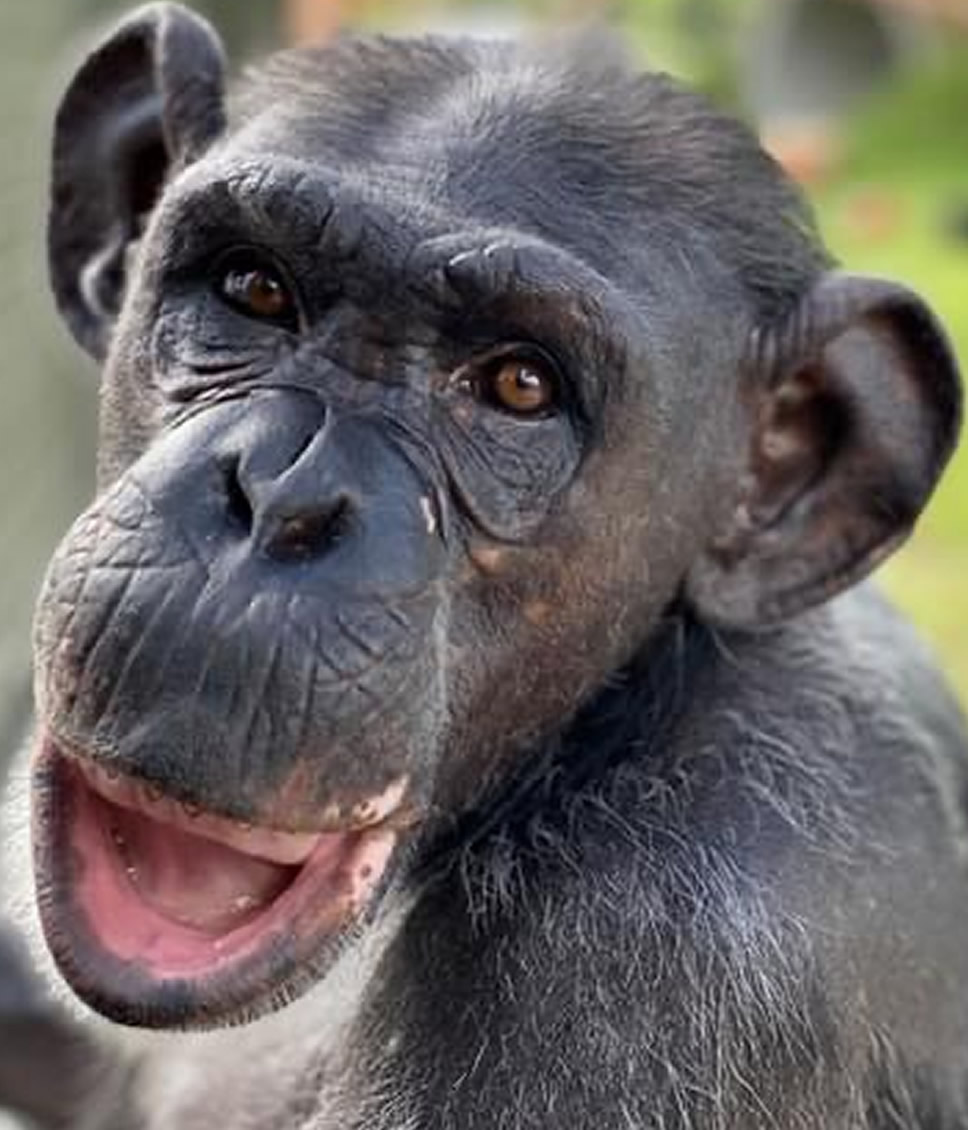 Like her mother Oopsie before her, Jessie raised by trainers for work in television shows and commercials. When Jessie was too big to be handled safely around actors, she was put into a breeding group at a California exotic animal compound where she produced three infants for the entertainment business. Her second infant (born in 2002) was a female named Kodua who was also raised by humans. (Kodua lives at the Center for Great Apes and at age three, was reintroduced back to Jessie and her family).

Jessie’s third infant (a “surprise baby” who was unexpected) was born in California only weeks before the owner retired from the apes-in-entertainment business and sent his chimpanzees to Wauchula to live at the sanctuary.  So, when Jessie arrived here, she had a 6-week-old male infant (Stryker) clinging to her body.  Even though Stryker was the first offspring Jessie was allowed to raise, she was a very attentive mother to him.  Early in the mornings when they were still both lying in her nest, Jessie would tickle Stryker and play with him. Stryker is now a large young adult  male and moves from habitat to habitat for play dates with different groups, but Jessie and Stryker still love spending time with each other.

Jessie and her older sister Boma are inseparable and sleep together in the same nesting area along with their elderly mother Oopsie. She has strong food preferences and is very firm about making those preferences known to her caregivers. Her favorites include plums, peaches,
and onions!

Jessie loves sunbathing. She also is a fan of any silky fabric and soft blankets and can often be found with something draped around her like a cape even when it’s not cold! 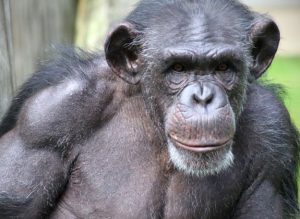 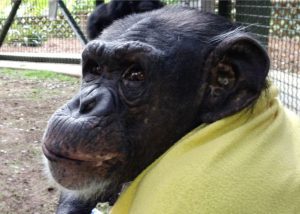 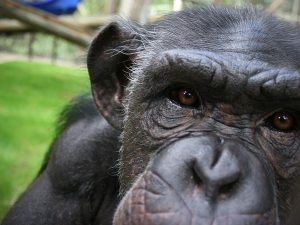 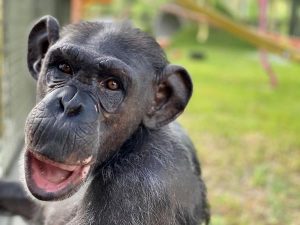 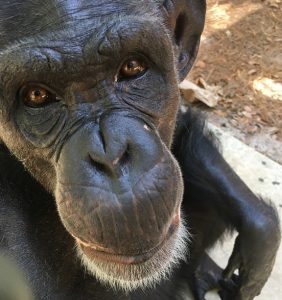