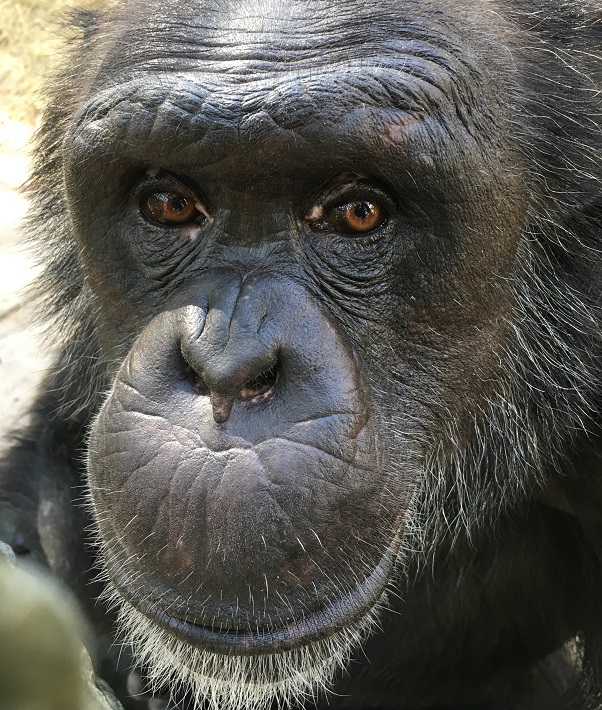 Jacob and his twin, Jonah, were born at a drive-through safari park in Oklahoma (along with sister, Ellie) where they were pulled from their mother and sold to a California trainer for the entertainment business.

They both worked in movies, TV shows, and TV advertisements. When they were only 8 years old – still juveniles – they were considered too old, too big, and too dangerous to continue to be worked in the Hollywood business.

Jacob, along with Jonah, Kenuzy, and Daisy arrived at our sanctuary from Los Angeles in August 2004 one week before the sanctuary was hit by Hurricane Charley. They also went through two more hurricanes (Francis and Jeanne) before they were even able come outside and play in their new large outdoor habitat.

Jacob is gentle and laid back. He loves to groom with his chimpanzee friends and even his caregivers. He can be very silly at times and loves to make funny faces. His favorite food
is oatmeal!

One of his favorite enrichment activities is looking at magazines. He loves to gather several magazines into his nest and flip through all of them. Jacob will also look at pictures of food and make chimpanzee “food bark” noises. 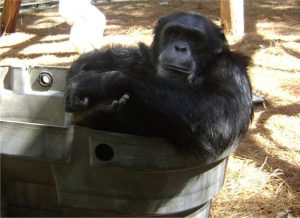 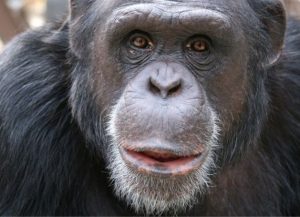 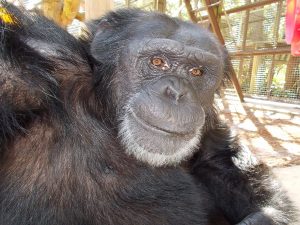