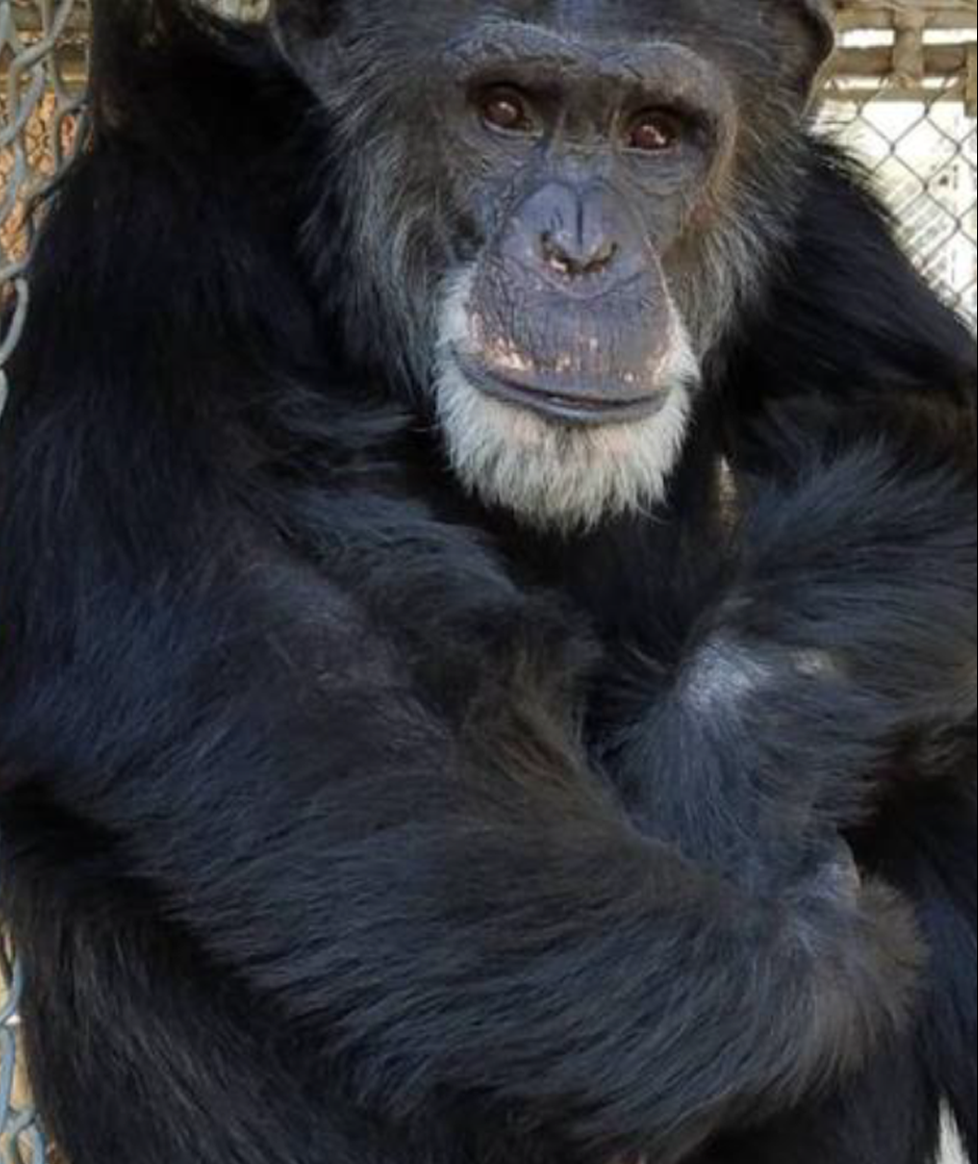 When Ewok was a tiny infant in the NY lab, he was originally cared for by his mother Mona. However, one day when a lock on her cage broke, Mona was able to lift off the lock and walk down the lab hallway with tiny infant Ewok hanging on her belly. As she went to greet another chimpanzee group in the lab, a chimp there grabbed little Ewok’s tiny foot and bit off three toes! Because of the accident, the vets had to pull Ewok from Mona to treat his foot, so he ended up staying in the baby nursery at the lab… never going back with his mother.

Josh, Ewok, and Sabina were all born at LEMSIP lab in 1987 within two months of each other. They were babies in the nursery together and remain very close friends today. Ewok is also close to Maude and treats her as a little sister.

Ewok is more reserved than the others are and less social… but he still loves to play. He is most often the dominant male in the group, but sometimes Josh will “take charge’.  Ewok likes to get the girls to groom him and also likes to sit and groom the others. 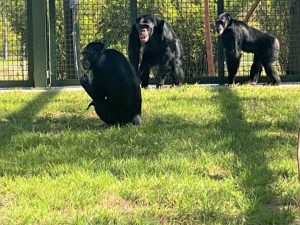