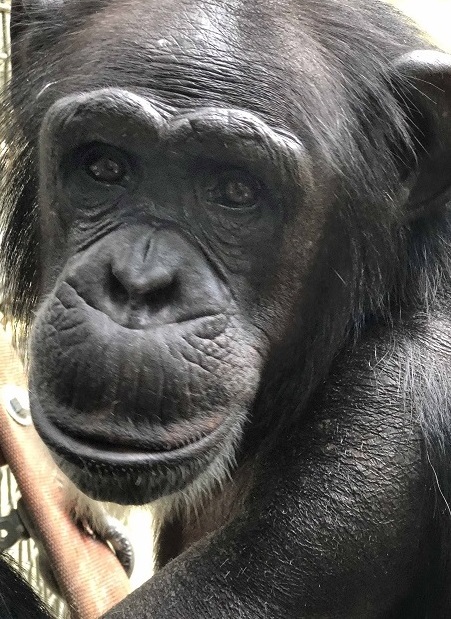 Ellie was born in Oklahoma at a drive-through safari park where she was taken from her mother and sold to a California trainer.   She spent her first seven years in Hollywood working in television, movies, and advertisements.  She was one of the stars in the original CareerBuilder ads that created a media sensation when they were broadcast during the 2005 Superbowl. But like many chimpanzees who work in the entertainment industry, Ellie’s career was at an end when she was still only a juvenile. Though Ellie had spent years in the business of making commercials and films, by the age of seven she was becoming too large and too strong for her human trainers to handle her safely.

She arrived (along with her brothers Jacob and Jonah) at the sanctuary in Wauchula a few months after that Superbowl advertisement aired in March 2005.  Ellie lives in a group with Bella, Jacob, Stryker, and occasionally visits Bentley and Kenzy

Ellie is one of the most beautiful chimpanzees at the sanctuary as well as clever and skilled at tool use.  However, Ellie is also an instigator and likes to stir things up just for fun. 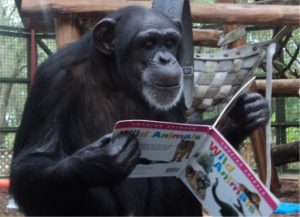 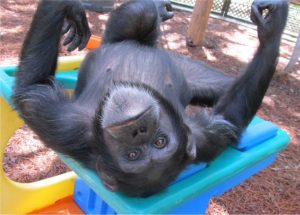 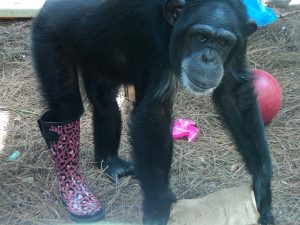