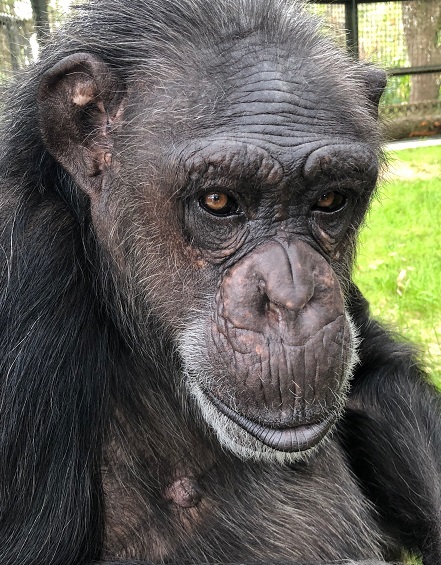 Daisy is a wild-caught chimpanzee taken from her mother in Africa and sold to a circus trainer.  As an infant, she was used in a Ringling Brothers circus act along with chimpanzees Butch and Chipper.  But when the trainer died suddenly, Butch, Chipper, and two other older chimps in the act were sent to a New Mexico biomedical research lab, and infant Daisy was sold to another circus trainer to continue performing.

When she was about 9 or 10 years old, she was sold again to a California breeder where she would be bred to produce more infants for the entertainment industry.  Her first baby (a female named Angel who now also lives at our sanctuary) was pulled and sold to a different Hollywood trainer.  Daisy had another infant, but he died in her care.

Daisy arrived in Wauchula in August 2004 a few days before Hurricane Charley hit the sanctuary.  That same year, six young Hollywood chimpanzees (Maggie, Ellie, Bella, Kenuzy, and twins Jonah & Jacob) joined Daisy, and she spent the next three years as the senior member of this group of adolescent chimpanzees.

Daisy has lived with many of our chimpanzees at the sanctuary but currently lives with Mickey, Murray, Hannah, Kodua, and Chloe. Clearly her favorite long-term friend is Mickey. However, she and Chloe have built a special and unique relationship.

Daisy was born sometime in 1981 in Africa 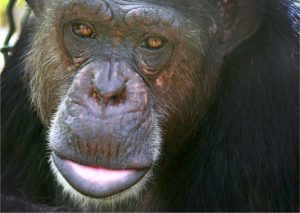 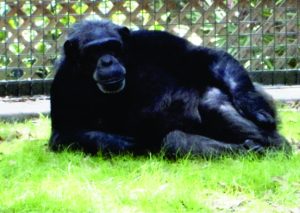 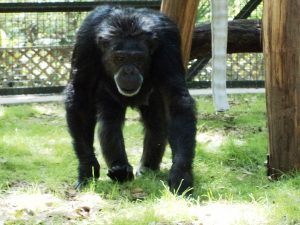 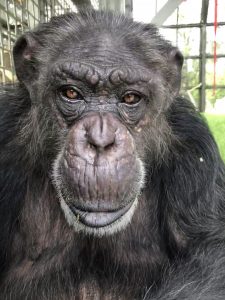 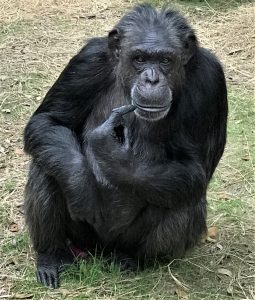