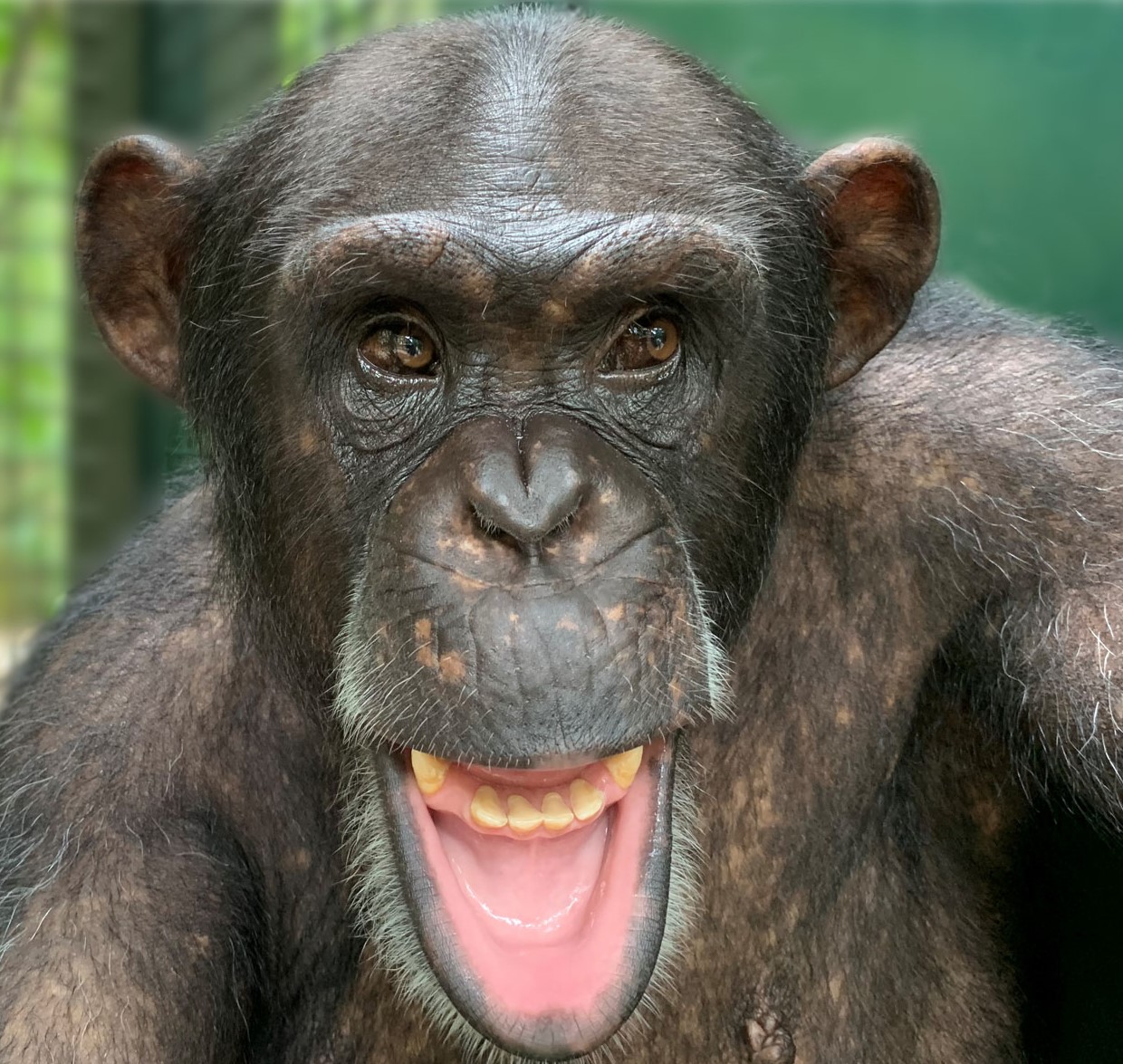 Crystal (originally named Chloe) is Candy’s daughter and the youngest of all the chimpanzees who were moved from a breeding facility in Missouri to the Center’s sanctuary in July 2021.  She is six months younger than her half-sister Mikayla, and they are very close.

Crystal and Mikayla like to play together, eat together, and nap together. They spend most of their time with teenager Kerry and get along very well with him (occasionally banding together to put Kerry in his place when he gets loud and rambunctious).

Crystal has an unusual habit of holding a blanket or piece of paper in front of her and then peeking over the top of it.  She loves to be groomed, but always wants something (cloth or paper) between the groomer and herself. She will even clap when she wants to be groomed and then hold a blanket or paper up in front of her.  Even though she spends most of her time with Mikayla, she prefers to groom Kerry.

She is very playful and more active than shy and quiet Mikayla. Crystal loves all types of enrichment but blankets are her favorite. 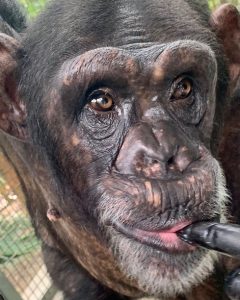 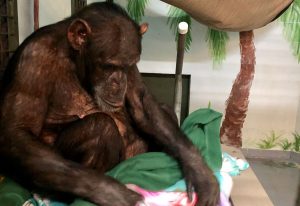 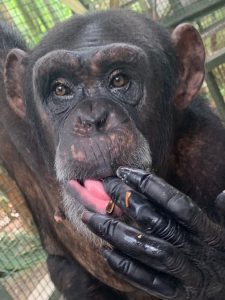 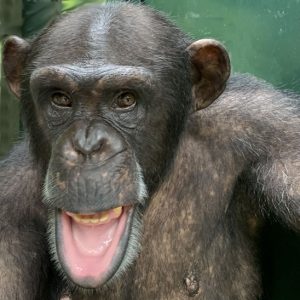