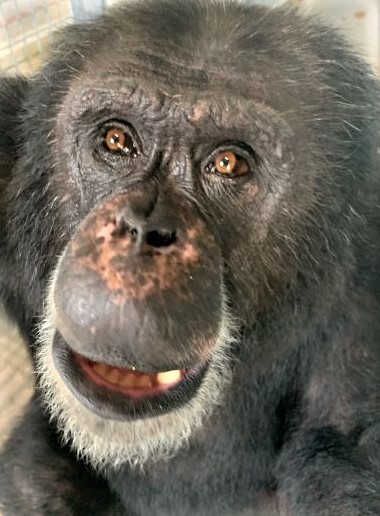 As an infant and juvenile, Connor was once featured on Hallmark greeting cards, and some of them are still found in stores today. At one point, he was sent from the Missouri facility where he was born to a California trainer whose chimps were also used on greeting cards.  However, Connor was soon sent back to Missouri where he lived for years with his sister Candy.

Connor is a very handsome male and is gregarious and outgoing.  He really connects with his caregivers and does not like it when they leave for lunch. Occasionally, he will still suck his thumb.

He loves to play chase games with Tammy and likes to groom Candy.  He will spend time with Tammy washing toys in tubs and pools of water (Tammy’s favorite pastime).  Connor likes magazines and often spends time resting while turning page by page through a magazine carefully looking at each picture.

Connor has started training for health check behaviors and will allow the vet tech and caregivers to safely listen to his heart rate with a stethoscope and take his blood pressure with a finger cuff and monitor.    In addition to Candy, Connor’s full siblings at the sanctuary are Natsu and Chloe (originally Crystal). 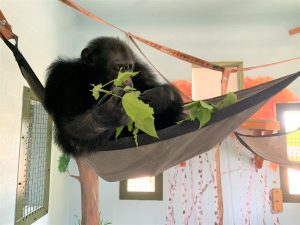 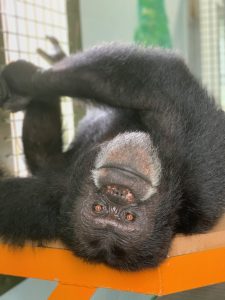 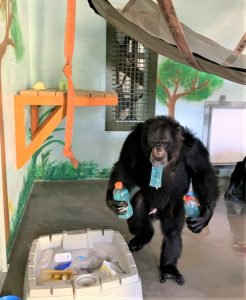 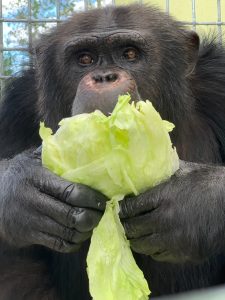 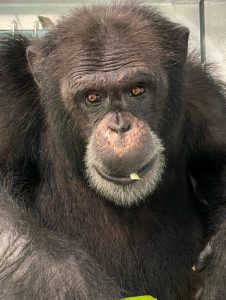