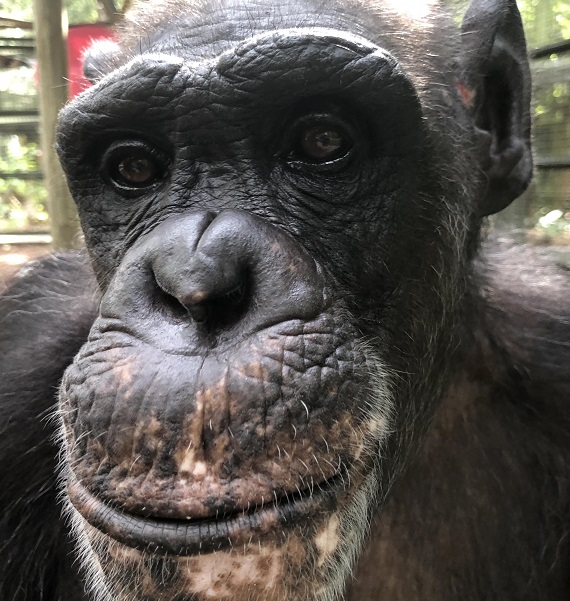 Chipper was wild-born in Africa, illegally poached, sold first to a New York animal dealer, and then to a circus trainer when he was only two years old. Along with Butch, Chipper spent ten years in the Ringling Brothers circus and then was sent to the Coulston bio-medical research lab in New Mexico when his trainer died. After Chipper left the lab in 1985, he was sent to a small roadside zoo for retired performing circus animals in North Florida. While there, Chipper and another chimpanzee gained some notoriety on television when they escaped, ran out onto the Interstate with a gallon of honey, and sat on the road eating their stolen treat. After they finished the honey, they ran into a neighbor’s barn and took the cap off a tractor’s gas tank, poured kitty litter into the gas tank, then replaced the cap.  And, then they opened the crank case, poured in more kitty litter and put that cap back on!

Chipper arrived at the Center’s sanctuary in September 2000 with his long-time companion, Butch.  Chipper is tall and slim and can easily climb all the structures in his habitat. His athletic abilities are evident as he plays in the swings and vines in his outside area.

Chipper arrived with Butch, but today he lives in a group with Natsu, Noelle, Kenya, Mowgli, and Brooks.

Chipper was born sometime in 1974 in Africa 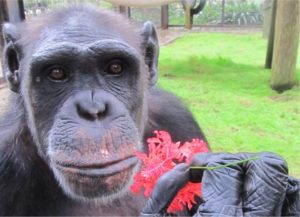 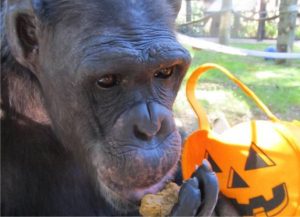 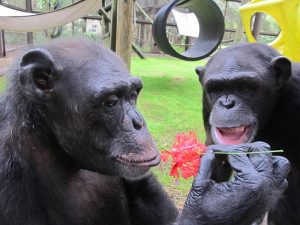