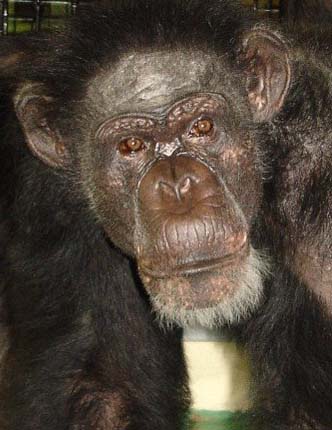 Charlie, wild-caught in Africa, was used in entertainment as an infant, then became a prolific breeder at a California compound with females Oopsie, Pansy, Daisy, Susie, Bones, and others.

Charlie was sent to the Center for Great Apes when his owner stopped working great apes in entertainment. He was in his 40s and had a congestive heart condition when he arrived here. He was completely devoted to his longtime mate, Oopsie, who spent many hours grooming Charlie each day.

On his last day on earth, 46-year-old Charlie played with his sweet companion Oopsie and daughter Boma. He was casually eating a cucumber when his heart stopped beating. Though he lived at the sanctuary for less than a year, Charlie left a legacy in his wonderful offspring and in his deep affection for Oopsie. 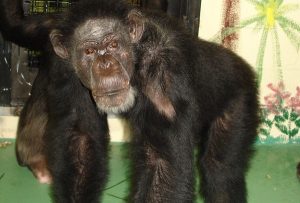 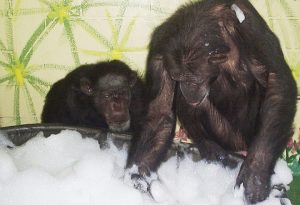 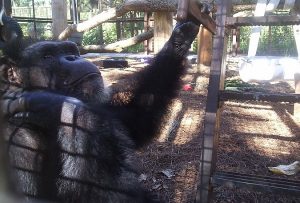