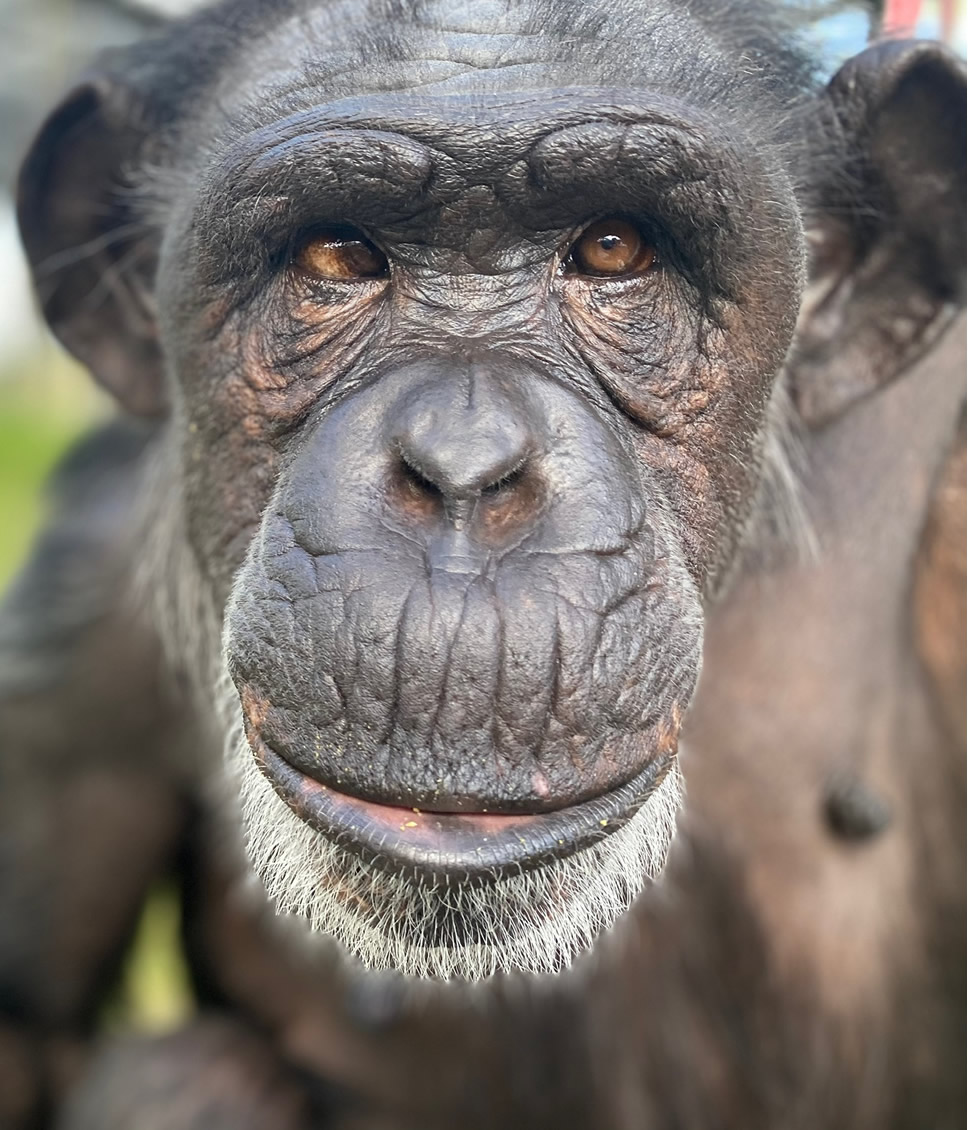 Born at an entertainment compound in Los Angeles in 1986, Boma was Oopsie’s first offspring. She was taken from her mother at a very early age so that she could be trained to work in television commercials and movies—just as Oopsie had been.

When she grew too large to be handled in entertainment, Boma was kept at the California compound to breed with other chimpanzees. Her first baby was stillborn. Her next infant was Knuckles, who was born in 1999 with a condition diagnosed as cerebral palsy.

Boma’s owner retired in 2005 from the business of working and breeding great apes for the entertainment industry. At that point, Boma, along with 15 other chimpanzees at the California facility—including her mother and her sister—were all sent to the Center for Great Apes’ sanctuary.

Boma is friendly, silly, musical, vocal, and playful. She is the most playful member of her group and also the only one that plays with every other member of her group.
Her closest friend is her sister, Jessie, and Boma can usually be found near Jessie as they do not like to be apart. Boma is loyal to her family, and although she is not high-ranking,
she is everyone’s friend. 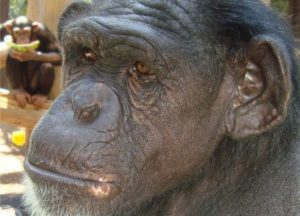 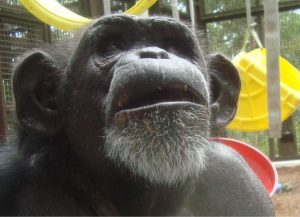 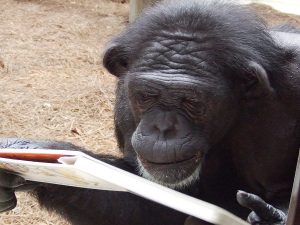 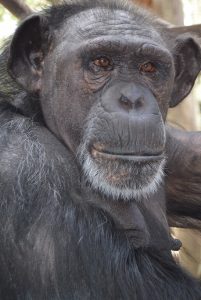 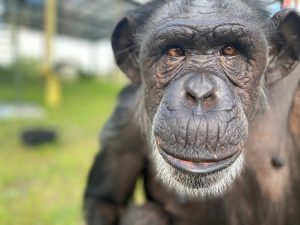