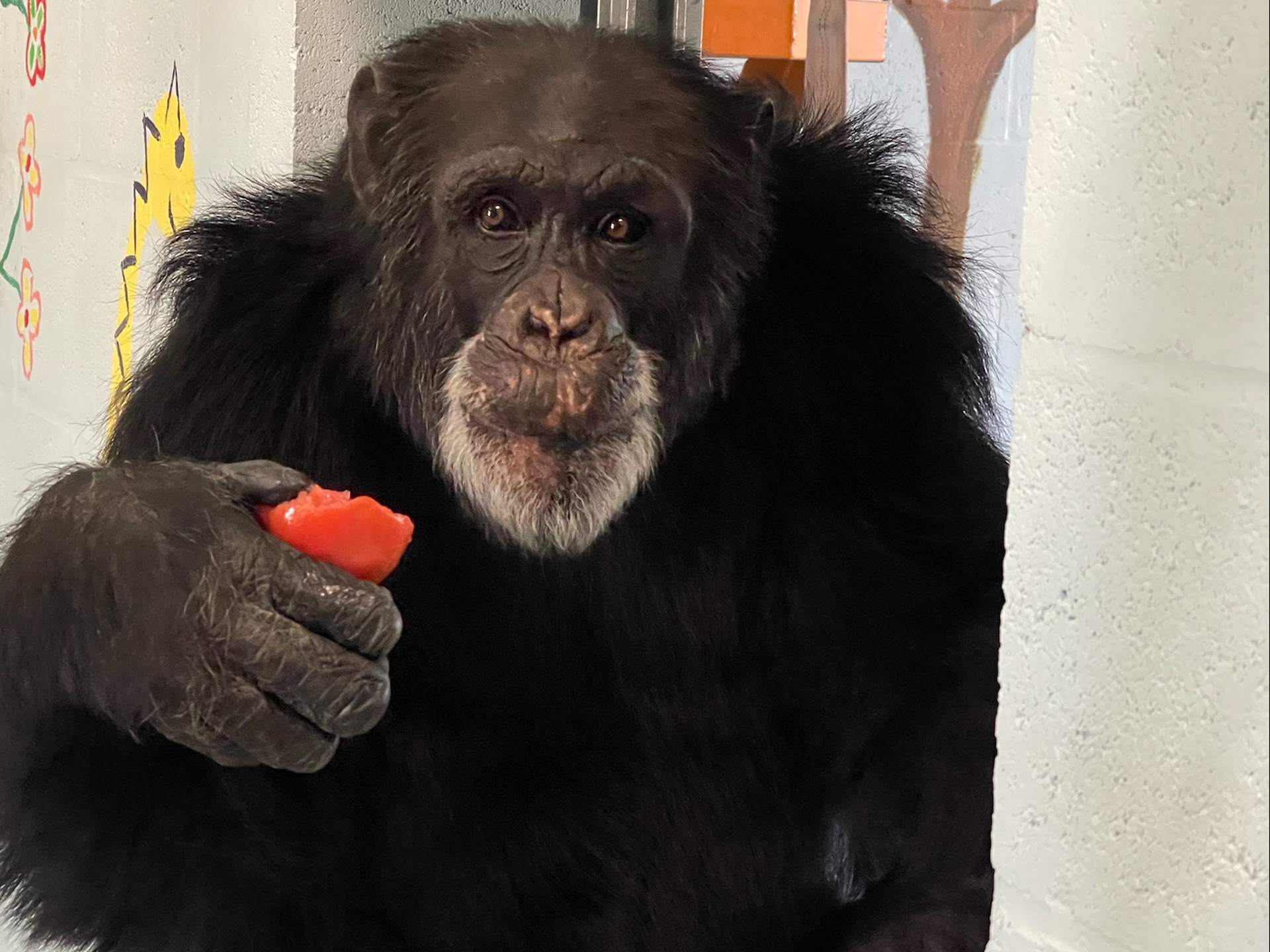 Billy and Maude were born only a few months before they were sent from the NY lab out to California and were first raised by the founder of the Wildlife Waystation. They were eventually added to the youngest group there, which included Ewok, Josh, and Sabina.

Billy is very large and has a unique (and often intimidating) dominant display. It includes his unique growling sound as he runs upright while waving his arms in the air and yelling. It is quite a sight to see!

When he wants to play, he will bob his head and blow “raspberries” as he entices the others to play with him. He loves to forage for nuts and seeds, and his favorite food is red cabbage.

Billy is very social (spending a lot of time with Maude and Sabina), and he loves attention…sometimes spitting water to get that attention! And…he will occasionally throw objects at the others until the older chimps (Ewok, Josh, or Sabina) stop him. 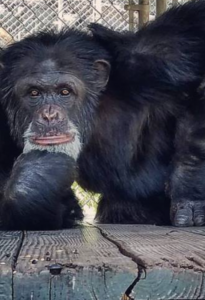 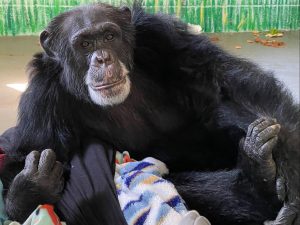 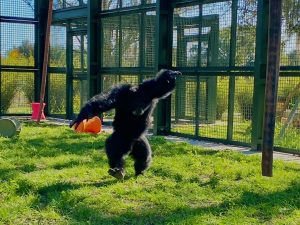