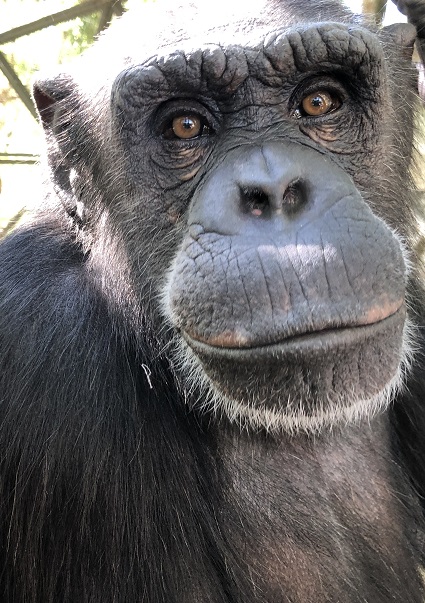 Though originally owned by a private family, Angel was sent to a California trainer while still an infant. He trained her to perform in advertisements, television shows, and personal appearances. When Angel was nine, the trainer was sued by the Animal Legal Defense Fund. In the settlement, he agreed to turn her over to the Center for Great Apes, where her mother, Daisy, had been sent a few years earlier by another Hollywood trainer.

When Angel arrived at the Center, she was over 200 pounds—very heavy for a nine-year-old chimpanzee! Now, thanks to her healthy diet and exercise, she has trimmed down to normal size. After being reunited with her birth mother, Daisy, Angel was introduced to other chimpanzees at the sanctuary, all of whom she plays with happily. Angel is a social butterfly, living in “fission-fusion”* with Bo and Jo and at other times Maggie and Jonah. She occasionally spends time with Ellie, Bella, Stryker, and Jacob.

*Chimpanzees in the wild will often move around among smaller groups in a large community, a behavior known as “fission-fusion”. 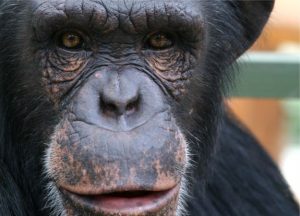 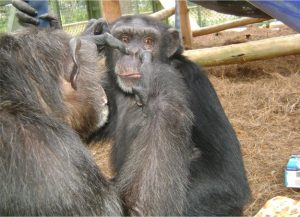 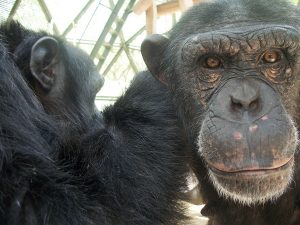