While we believe that all great apes should be living in their native natural habitats in Africa (for chimpanzees, gorillas, and bonobos) or in Borneo and Sumatra (for orangutans), there are thousands of great apes in captivity who can never be introduced to native ape habitats due to immense habitat loss and because of their background in captivity and their inability to thrive in the wild.

So, providing for their social, emotional, and physical welfare in a captive situation includes giving opportunities for companionship with their own species, excellent nutrition, appropriate veterinary health care, tall spaces for active movement, and stimulation with enriching activities to encourage natural behaviors like nest-building, foraging, and grooming. Giving them the ability to make choices within their secure environment is also an important factor in animal welfare. 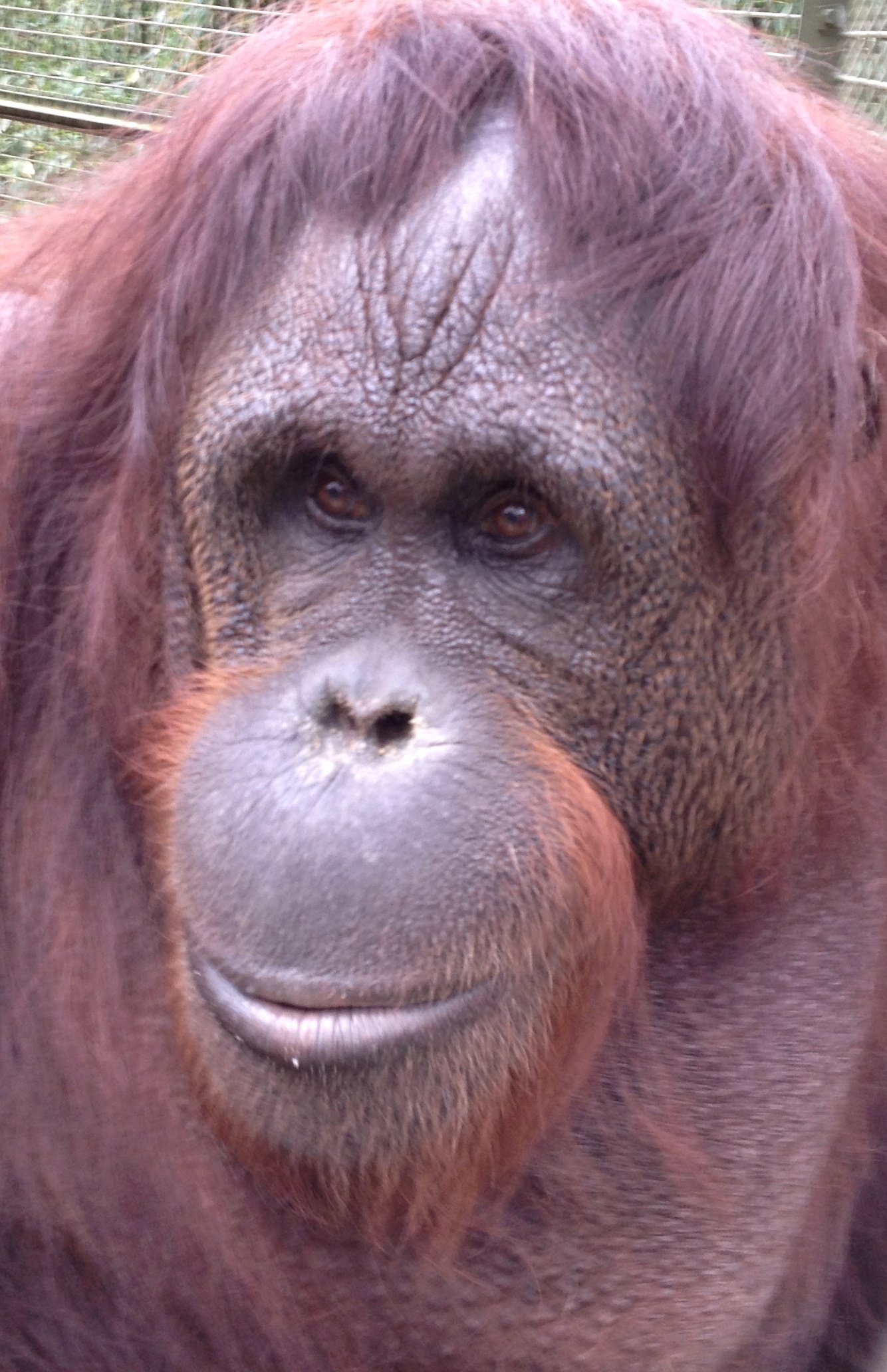 One of our orangutan residents, Popi, was at the center of a high-profile lawsuit that became the first animal welfare legal case to raise critical questions about the treatment of great apes in entertainment.

For over 20 years, Popi was featured in various nightclub acts, including the famous “Lido de Paris” floor show at the Stardust Hotel in Las Vegas, along with several other young orangutans. During this time, a performer secretly filmed the trainer with the apes backstage. The performer sent the tape to the Performing Animal Welfare Society (PAWS), who released it to Entertainment Tonight (ET). The story went national July 27, 1989 and public outcry ensued. A lawsuit was brought against the trainer for alleged physical and emotional abuse of Popi and the other orangutans in the show.

At the end of the lawsuit against her owner, Popi and the other orangutans were sent to another trainer where she remained for several years until she was moved to the Great Ape Trust in Iowa. When the Great Ape Trust downsized, the Center for Great Apes accepted Popi, who arrived at the sanctuary in January of 2012.

Happily, now in her late 40s, Popi maintains a sweet and gentle nature. She is very smart and understands an amazing amount of English. Popi enjoys a wide range of enrichment activities and is thriving at Center for Great Apes. Like all of our apes, you can adopt Popi and help ensure she continues to receive the lifetime of quality care that she deserves.

We Need Your Help

As the only accredited orangutan sanctuary in the country and one of a handful of accredited chimpanzee sanctuaries, the Center for Great Apes has been rescuing great apes for over 25 years. The Center for Great Apes does not receive funding from the federal or state governments. We are supported by donations from generous people like you, who care about the future of our orangutans and chimpanzees (both endangered species).